My US book tour


My US book tour of September and October 2012 took me to four cities. I started off in Boston where The World Peace Foundation at The Fletcher School of Law and Diplomacy at Tufts University invited me to give a talk.

The World Peace Foundation organised my book tour and asked no less than five academics to review my book. I also wrote a response to those reviews. I would like to thank Alex de Waal, Bridget Conley and Lisa Avery of The World Peace Foundation for all their help, as well as the engaged and intelligent students of Tufts University who came to my talks, and asked such interesting and challenging questions.

The book event started with a book-signing in The Hall of Flags at The Fletcher School.

We then moved to a lecture theatre for the presentation and discussion. I showed some photos from my recent trip to Somalia and Somaliland, some of which I hoped would show that there is more to the 'Somali story' than hunger, war, piracy and Al Qaeda, even though all of those things are also present.

You can read a piece about my Tufts talk here: An evening with Mary Harper

I then took the beautiful train journey from Boston to New Haven, whizzing through autumn woodland and past grand properties on the coast, sailboats bobbing in the ocean. My second talk was at Yale University, where I was delighted to see several Somalis in the audience, some of whom had driven in from the town of Hartford, where there is a substantial Somali community. One of them read out a quote from a book called 'Warrior' by Gerald Hanley and asked whether I agreed with it. Here is the quote: "Of all the races in Africa, there cannot be one better to live among than the most difficult, the proudest, the bravest, the vainest, the most merciless, the friendliest: the Somalis'. 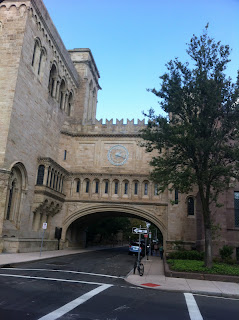 It is election season in the US so there are lots of poster, billboards, signs, adverts and endless TV and radio talk about Obama and Romney. I saw this giant anti-Obama billboard... ... in the grounds of this petrol station: 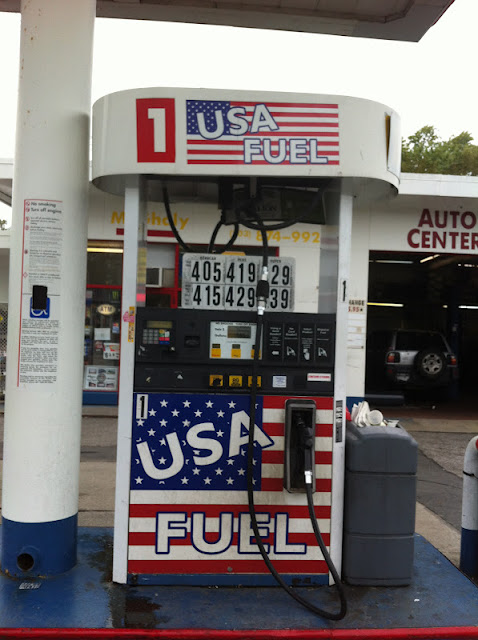 Many people enthusiastically display their political affiliations on their front lawns: 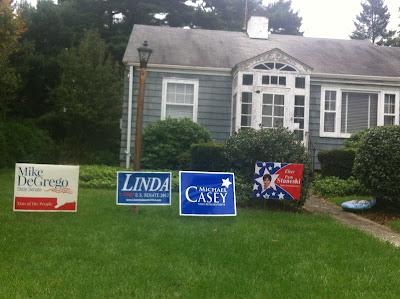 After New Haven, I took the train to Washington DC. Some of the poorer neighbourhoods of some of the towns I passed, especially Baltimore, somehow reminded me of parts of Mogadishu. A group of Somalis met me at the grand Union Station in Washington and looked after me the whole time I was in the city. I spoke at the United States Institute of Peace, which is directly opposite the State Department. 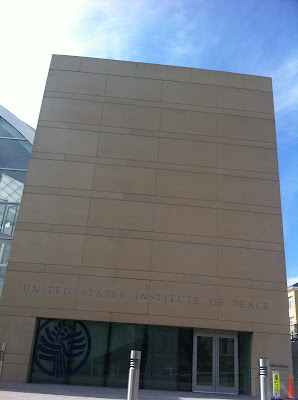 The event, called Whither Somalia?, was so full there had to be an 'overspill room'. The Somali activist, Sadia Ahmed and Deputy Director of the Atlantic Council's Michael S Ansari Africa Centre, Bronwyn Bruton, were on the panel. The chair was Jonathan Temin of the United States Institute of Peace.

You can watch a video of the event by clicking on this link: Watch the video here

I then headed for New York city where I first spoke at the Centre on Global Counterterrorism Cooperation. This was a closed event. The Somali ambassador to the United Nations was there, as were Kenyan representatives at the UN. The meeting was chaired by Liat Shetret of CGCC.

The next day, Tatiana Carayannis and Ciara Aucoin of the Social Science Research Council organised a marathon day for me. I went to UN headquarters where I held two interesting closed discussions with senior officials working on Somalia. I also spoke at the beautiful, serene Quaker House.

This was an open event, attended by different countries' representatives to the UN, NGO officials and friends. The US academic Ken Menkhaus, who has written extensively on Somalia, was the discussant. 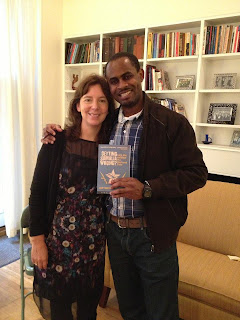 The displaced of Mogadishu

The new president of Somalia, Hassan Sheikh Mohamud, faces a lot of challenges, including the Islamist group Al Shabaab, the Somali regions that have chosen to 'go it alone' and the presence in Somalia of numerous foreign forces. As someone who stayed in Somalia for most of the past two decades of conflict, he will be fully aware of the physical destruction of so much in Somalia and the immense human suffering of so many of its people. I saw that suffering at close hand on a recent trip to Mogadishu, where almost every open patch of land seemed to be inhabited by displaced people living in igloo-shaped structures made from ragged cloth, plastic bags, tin sheets and bits of wire and rope. 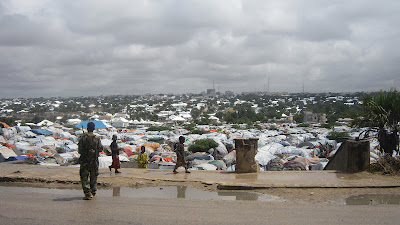 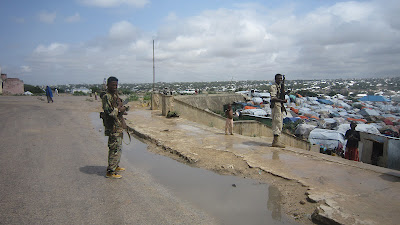 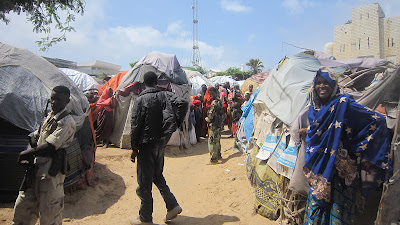 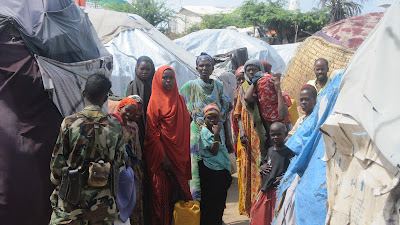 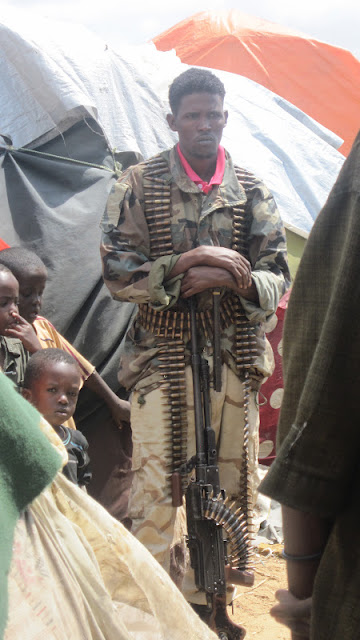 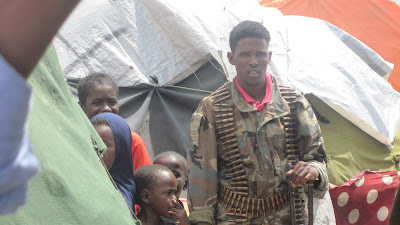 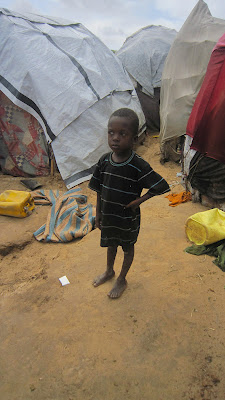 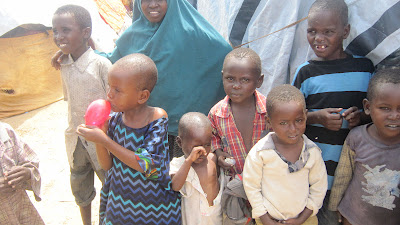 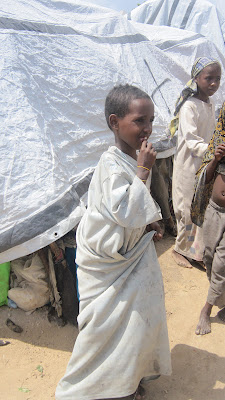 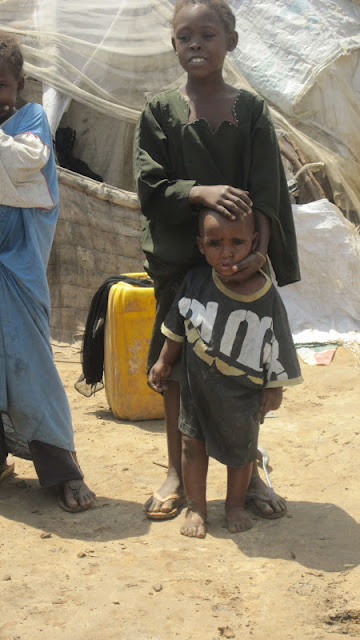 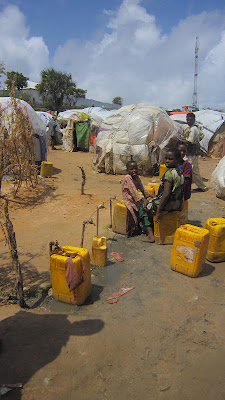 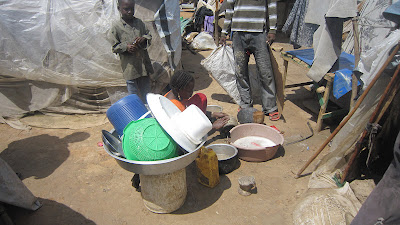 The next three photos show places where people in the camps cook their food. 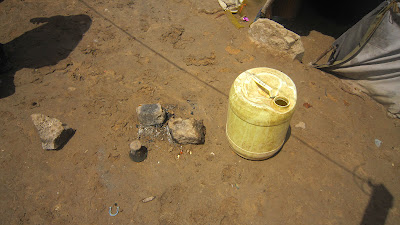 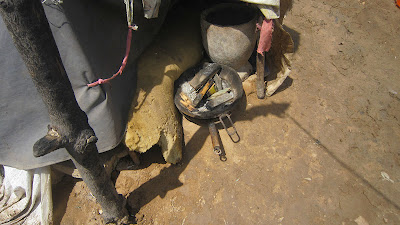 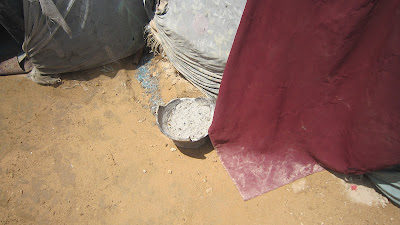 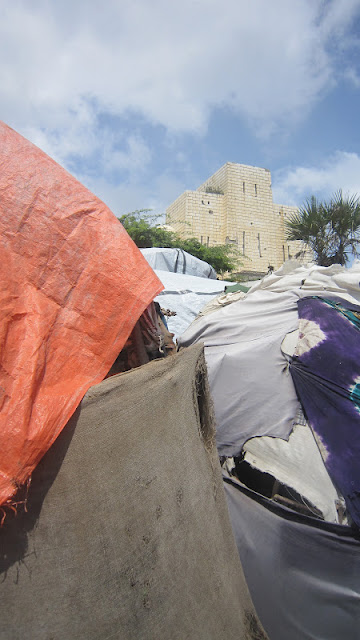 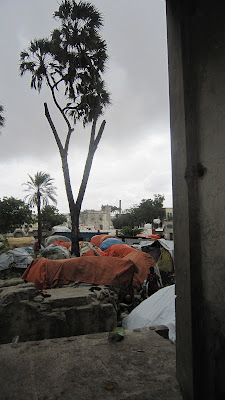 One camp I visited was different from the rest. It was Jazeera camp beyond the airport in Mogadishu. It is run by the Turkish Red Crescent. 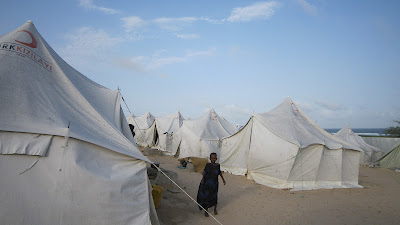 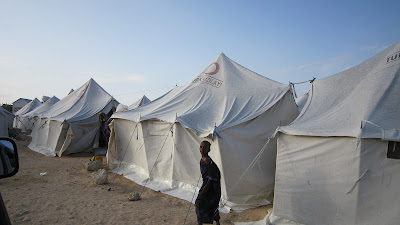 This is a review of my book for The Journal of Modern African Studies by the Professor and Chair of Anthropology at the USA's Emory University, Dr Peter D. Little, who wrote the book Somalia: Economy Without State.

Getting Somalia Wrong? Faith, War, and Hope in a Shattered State by MARY HARPER London: Zed Books, in association with International African Institute, Royal African Society, and Social Science Research Council
Mary Harper has done a great service to students and the general public who really want to know what has gone so tragically wrong with Somalia. There now is a readable, well-argued book that one can refer to students and colleagues when peppered with the common question: ‘why is contemporary Somalia such a troubled nation?’ While seasoned experts of Somalia will not find much that is new in the book, they may applaud its accessibility and coverage of so many relevant and timely Somali issues in one single source.
As a seasoned British Broadcasting Company (BBC) journalist who has reported and written about Somalia since the collapse of the state in 1991, Harper nicely counters the plethora of myths about Somalia as a place of anarchy, chaos, and mass jihadists. The book provides enough detail about Somali history, politics, culture, and society, including the importance of clans, to grasp the complexity of Somalia’s current struggles without overly burdening the reader with excessive documentation and references. The author’s ultimate goal is to demonstrate that there were critical junctures in post-1991 Somalia where the international community, especially the US, had a chance to ‘get it right’ with Somalia but, instead, succumbed to poor intelligence and unwarranted fears about terrorism and radical Islam. These poorly-informed assumptions instigated a series of blundering but tragic diplomatic mistakes. For example, by not recognizing the significant opportunity in 2005-2006 to bring the moderate elements of the popular Union of Islamic Courts (UIC) into discussions of political and economic reconstruction in Somalia, the international community ‘got it very wrong’. In 2006 the US threw its support behind a loose collation of warlords called the Restoration of Peace and Counter-Terrorism and later that year provided the green light for a highly unpopular invasion of the country by Somalia’s regional nemesis, Ethiopia. As Harper rightly points out, the goal of these actions was to eliminate an al- Qaeda cell and the UIC, the latter whom were wrongly thought to be strongly connected with global jihadists and terrorism. Instead, the interventions radicalized a large segment of the UIC and fueled the growth of the radical Islamic youth movement, al-Shabaab, which by 2007 controlled most of southern Somalia and forced out most of the UIC’s moderate elements, including the current President of the Western-backed Transitional Federal Government (TFG) of Somalia—Sheikh Sharif Sheikh Ahmed. Harper correctly shows how this misplaced foreign voyeurism contributed to a self-fulfilling prophesy by turning Somalia into a haven for foreign jihadists and al-Qaeda-linked movements, such as al-Shabaab.
Getting Somalia Wrong covers a range of other topics, including Somali piracy, the role of the Somali Diaspora, the stability of the breakway state of Somaliland, the growth of informal financial institutions (hawala), the recent (2011) invasion by Kenya, and the 2011 famine that killed more than 50,000 people. Each of these issues is shown to have different and more nuanced explanations than what is commonly assumed; for example, contra popular accounts Somali piracy is not backed by well-funded, global criminal networks. Moreover, by looking at some of the economic and political successes of Somalia, Harper shows “how Somalis can ‘get it right’ by operating largely on their own initiative and doing things their own way (p. 195).” It is this finding of the book that gives some hope for Somalia’s future as long as it can avoid being an instrument in other country’s agendas.
PETER D. LITTLE
Emory University