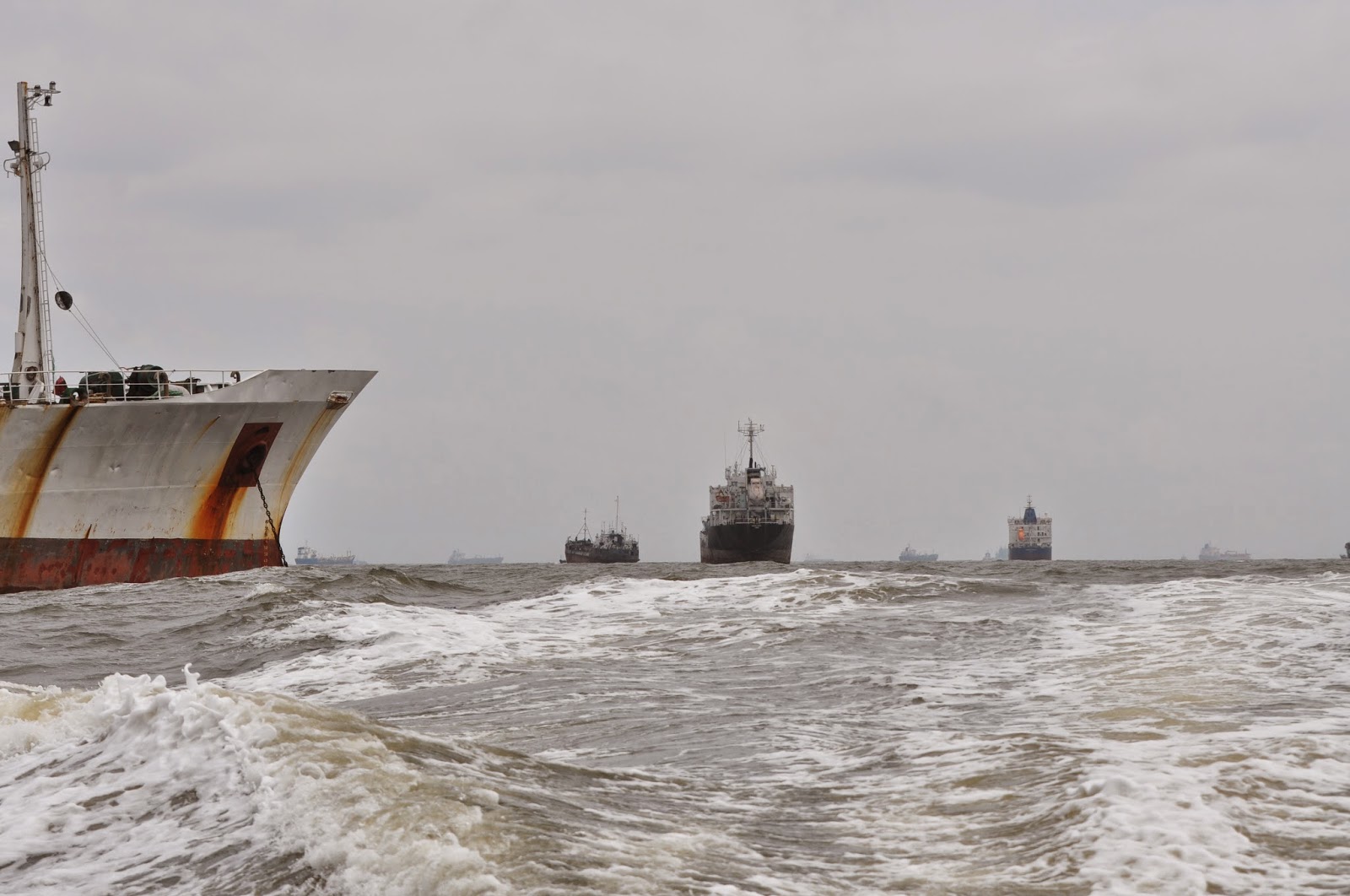 When Somali piracy was at its height, I did a lot of reporting on the subject for the BBC. I spoke to lots of pirates and got to know people involved in trying to stop the problem, including British naval and other military personnel. They did a pretty good job - piracy dropped significantly in the Indian Ocean and Gulf of Aden. But it increased in West Africa, and some of the people fighting Somali piracy moved to the other side of the continent. They very kindly gave the superb journalist Penny Dale and me wonderful access to what they, the Nigerian navy and others are doing. Here is a link to our documentary:

And here are a couple of BBC Online pieces: 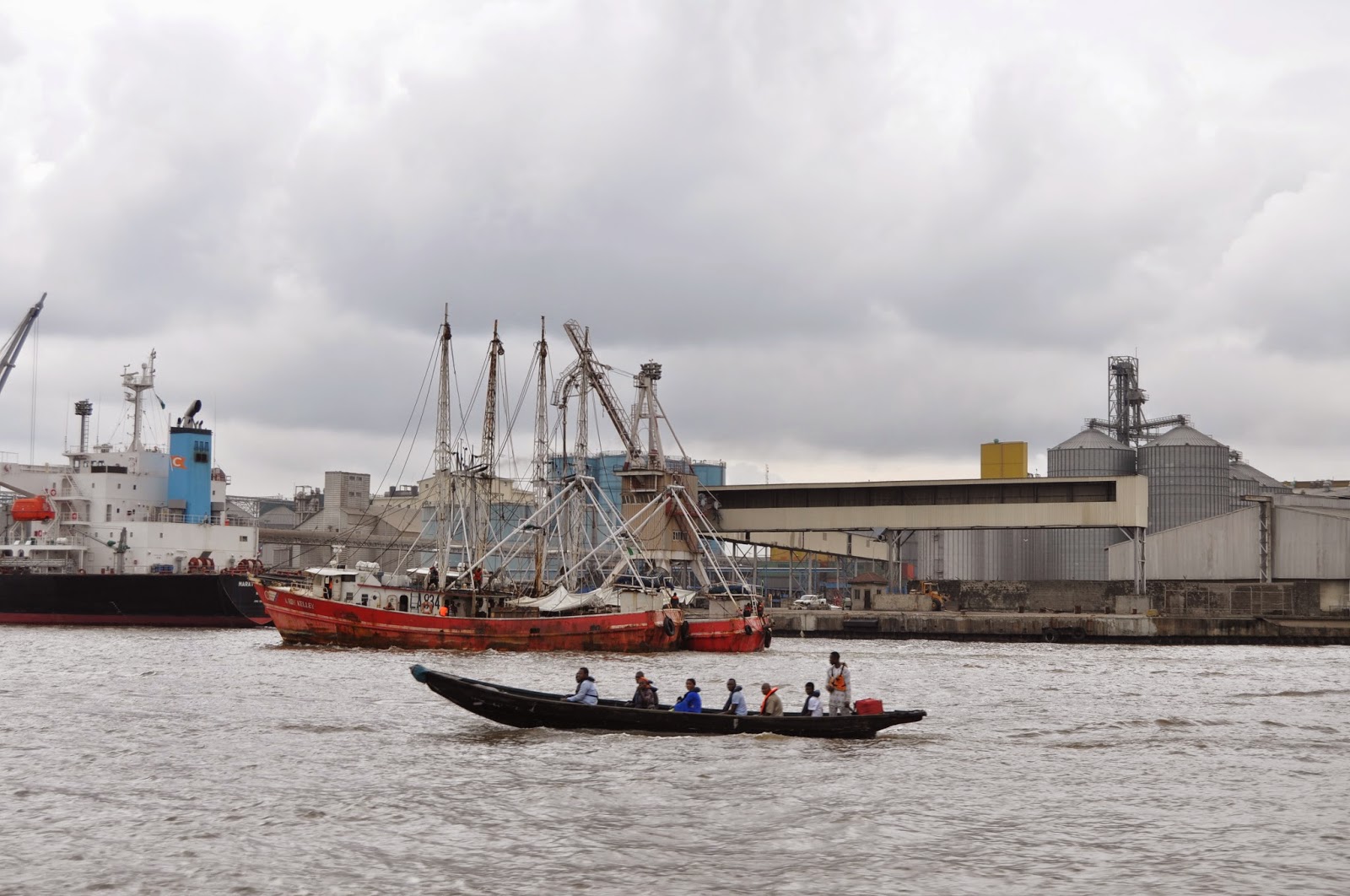 Here is the script of a From Our Own Correspondent I did on the subject:

It may come as a surprise to hear that Somalia is no longer Africa’s worst piracy hotspot. They may not be the subject of Hollywood movies or adventure stories, but West African pirates have overtaken the Somalis, both in terms of the number and the brutality of their attacks. Mary Harper went to Nigeria to find out more:

Under a busy bridge in Nigeria's mega-city, Lagos, women in colourful African print sit behind rickety wooden tables. On the tables are piles of fish, crabs, prawns, lobsters and squid. Stacked so high that they look like they're about to tumble down into the oily mud below.

"They come from the deep water" says the lady with the highest piles of prawns, glistening creatures in all sizes. Small, medium, large, giant, extra giant, extra extra giant. "The trawlers bring them in from the high seas."

But Nigeria's fishing industry is being decimated by piracy and the person best placed to tell me about this is Margaret Onyema-Orakwusi, the first female head of the Nigerian trawler owners' association.

On my way to visit her, I sit for some time in the famous traffic jams of Lagos. Inching along the bridges that swoop and soar over the lagoons. Tropical rain pounds down from the sky above. Water seems to be everywhere.

Margaret lives in a large house in a fancy part of town. There are pictures of ships on her walls, models of boats in her living room. Even her well-stocked drinks cabinet is shaped like a boat.

"The attacks are deadly and brutal" she says. "At times the pirates throw the crew into the ship's cold room where we store the fish. They freeze to death." Margaret tells me how pirates have planted explosives on her trawlers, shot dead one of her captains, and fired bullets into the face of her chief engineer.

Unlike most of Nigeria's trawler owners, who have packed up shop, Margaret is determined to carry on. As is Rotimi George, a Nigeria seafarer.

He has a sweet smile and a gentle face. He is dressed smartly in what Nigerians call an 'up and down, top and trousers in the same colour cloth. His is saffron, his shoes and bag a matching pale leather.

"I like the freedom of the sea" Rotimi tells me. "When I'm not on deck, I write. About love, about God, about myself."

But Rotimi was recently attacked by pirates. They boarded his ship in the dead of night, shooting open the doors and taking away the Russian captain and Ukrainian chief officer. They stole Rotimi's laptop and his phone. They looted the ship, even stealing chicken and other food from the kitchen.

Rotimi tells me how he and the bosun hid themselves away, and how awful it was. "I was thinking they might sink the ship. That would be the worst death, because you would die while hiding. I would want to see what was killing me."

Unlike many seafarers who are simply too traumatised to go back to sea after suffering pirate attacks, Rotimi was itching to get back to work. "Pirates can't stop my dreams" he says, before singing to me a song about the sea. "I will sail on as far as I can go."

And it’s by sailing out from Lagos harbour that I began to understand why piracy is such a problem here. The ocean is crammed with ships at anchor, many waiting to get in to the congested port. Great hulks of rusting metal, low in the water, almost inviting pirates to sling their ladders over the side and clamber on board.

I was taken out to sea by Sven Hanson, a man with giant muscles in his arms. He’s a former member of the British special forces and is doing very well out of West Africa’s piracy problem. His private security company works with the Nigerian navy, and he wanted me to see a safe area they have created in the middle of the ocean.

I found it difficult to absorb the information about the safe zone, essentially a big circle of sea patrolled constantly by gunboats. That’s because I was being horribly seasick as Sven described to me how not a single ship anchored inside this protected area has been attacked or even approached by pirates.

But West Africa is going to have to do a whole lot more if it’s going to win the fight against maritime crime. The waters off Nigeria, Togo and Benin have been declared a ‘War Risk Area’ pushing up the cost of insurance. This ultimately affects the price of our food, our petrol, anything that comes by sea from West Africa.

But the highest price of all is being paid by the seafarers. People like the gentle Rotimi, who the pirates brutalise and kill in their quest for plunder.
Posted by Mary Harper at 02:34 14 comments: