Who runs Somalia? The UN, the Somali Federal Government, or both?

Reading the latest Briefing by the UN's special envoy to Somalia, Nicholas Kay, I couldn't help wondering who really calls the shots in that country....


Briefing to the Security Council by Ambassador Nicholas Kay, Special Representative of the Secretary-General (SRSG) for Somalia
11 March 2014

You should also be able to listen here (Radio 4 version) or here (World Service version). I took the photos during my visit to the hospital.


And here is a link to an interview I recorded with Dr Habeb: Click here to hear Dr Habeb

Somalia has one of the highest rates of mental illness in the world, with one in three people suffering from some form of mental health problem, according to the World Health Organisation. This is perhaps not surprising given that the country has been in conflict for two and a half decades, and has come top of the list of the world's most failed states for six years in a row. Mental illness is a taboo is Somalia. Many mentally sick people are chained, some are even put into cages with hyenas as this is believed to cure them. One man has dedicated his life to helping Somalia's mentally ill, and to getting them out of their chains. Mary Harper visited him in Mogadishu:

"That must be it" I say, pointing at a yellow wall painted with a picture of a large blue human brain. "The Habeb Mental Hospital."

My driver pulls the car up as close as he can to a gate in the wall and tells me to wait. "Do not even think about opening the door" he says. My six bodyguards form a protective line from the vehicle to the hospital gate. When the word comes, I dart out and run between them, through the gate and into the hospital. This is Mogadishu, and you don't mess around.

I find myself in a room crammed with metal beds. The spare patches of floor are covered with foam mattresses. There stretched out, sometimes one, sometimes two, sometimes three to a mattress are men. It is the middle of the day but they are all lying down. Some are asleep, others stare at me with dead eyes. They do not seem to be fully alive. 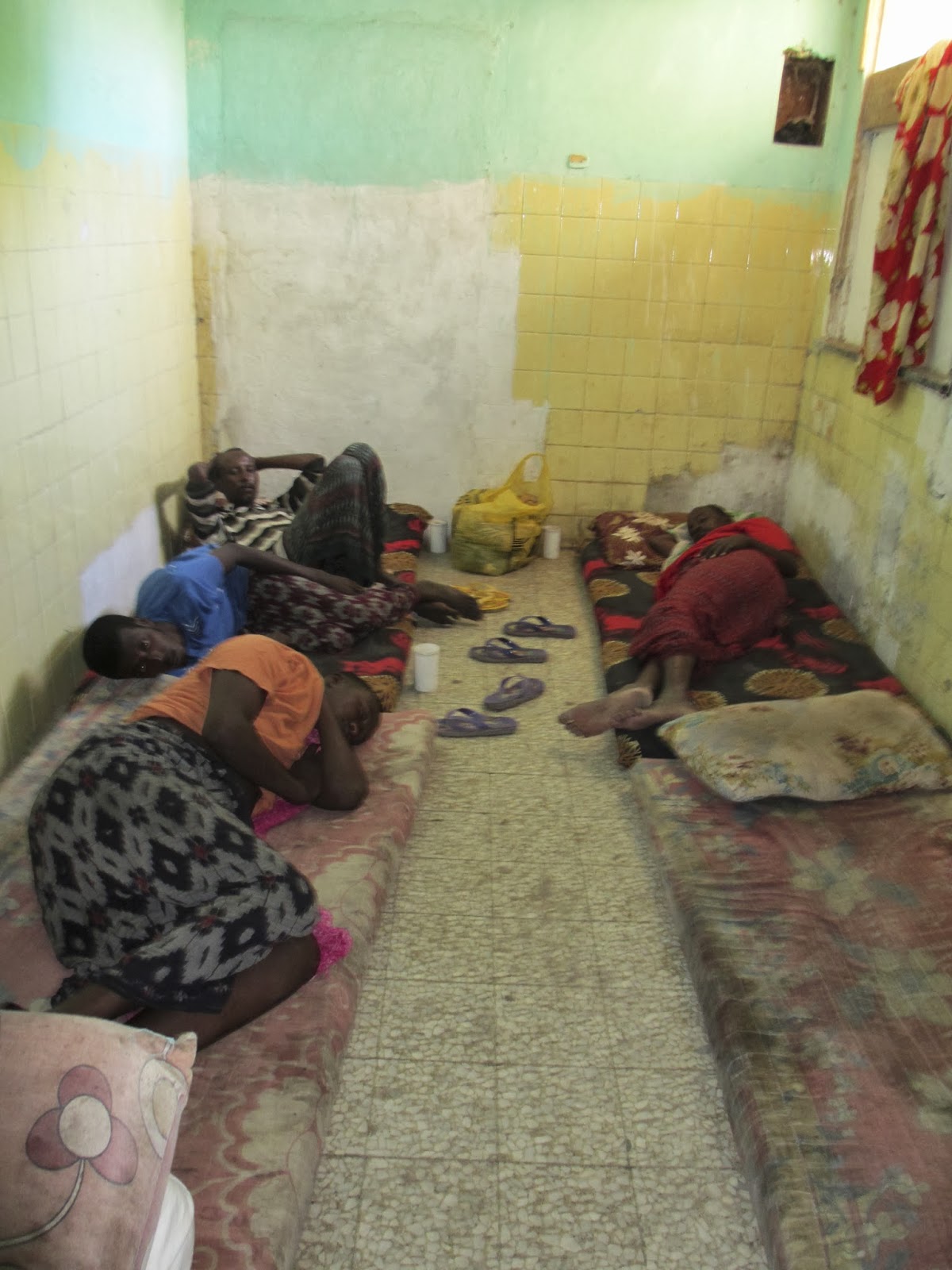 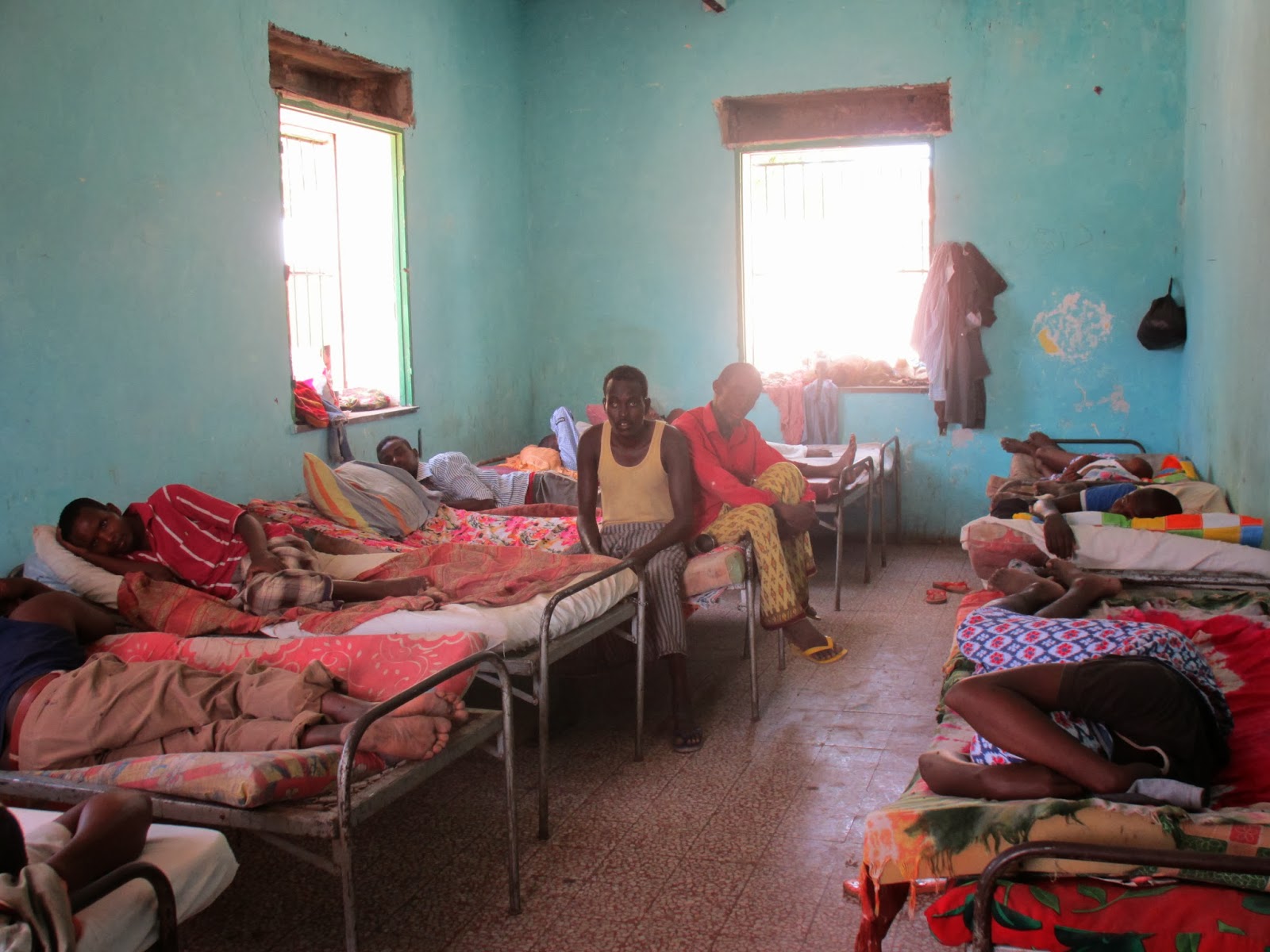 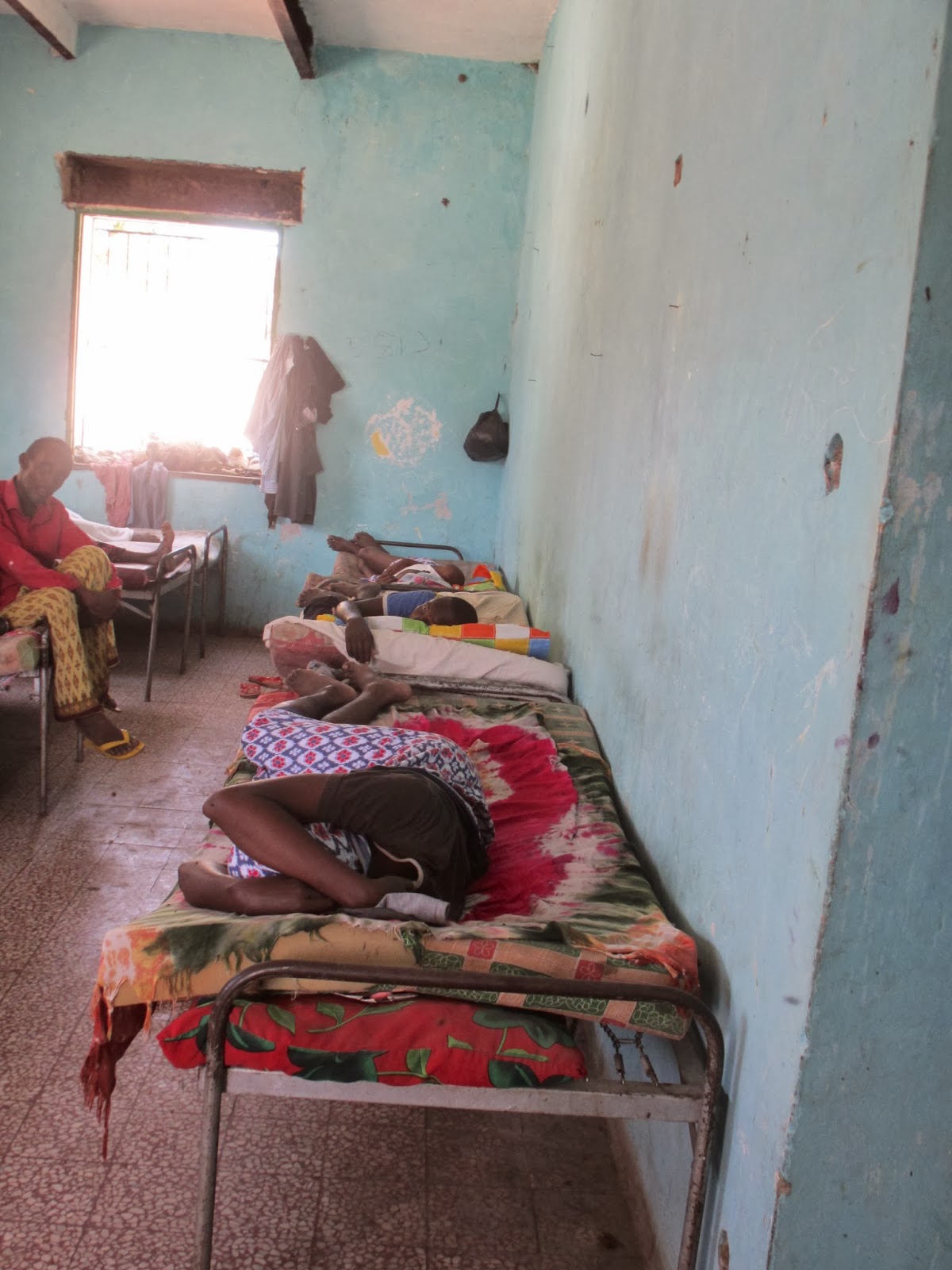 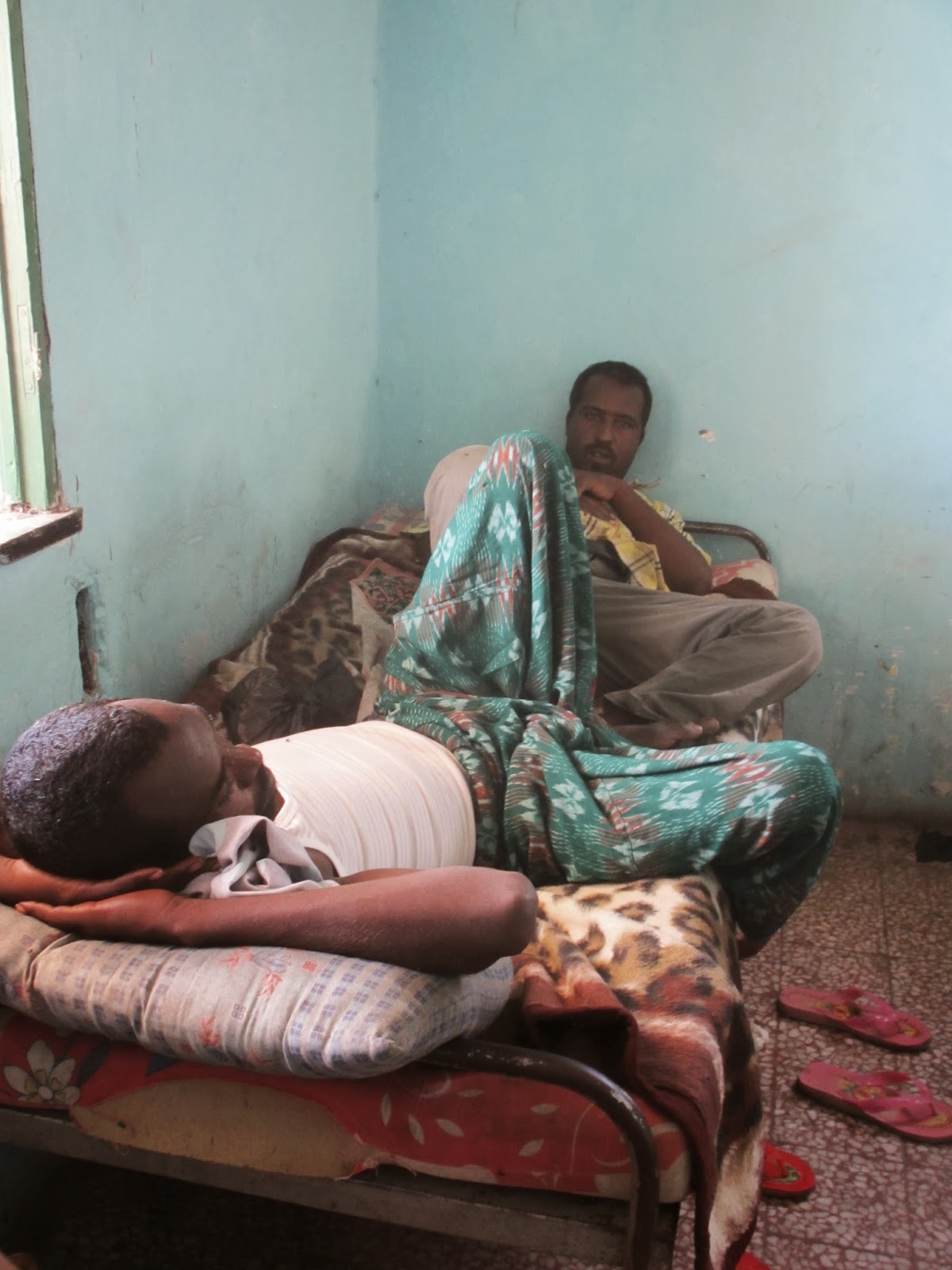 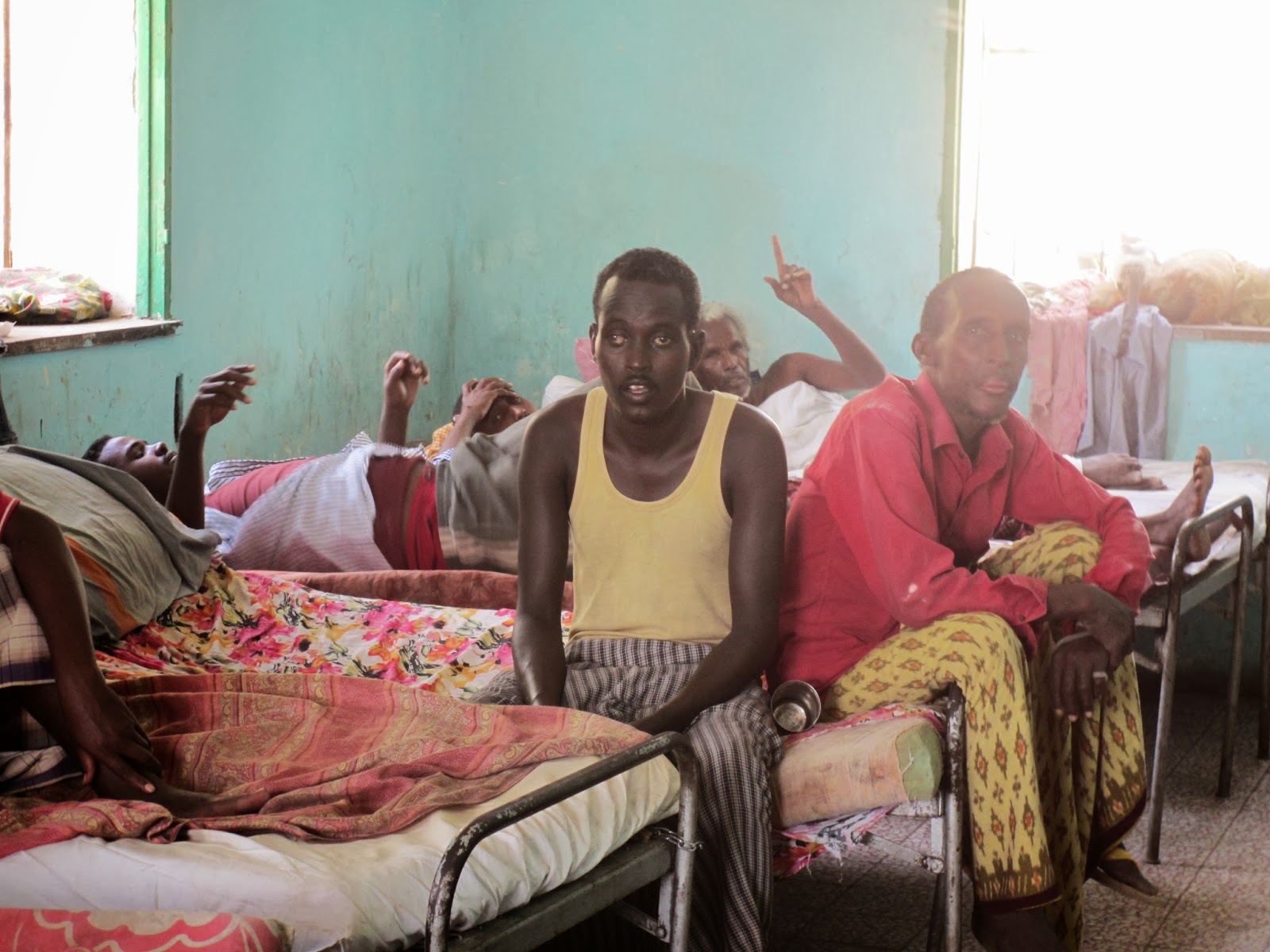 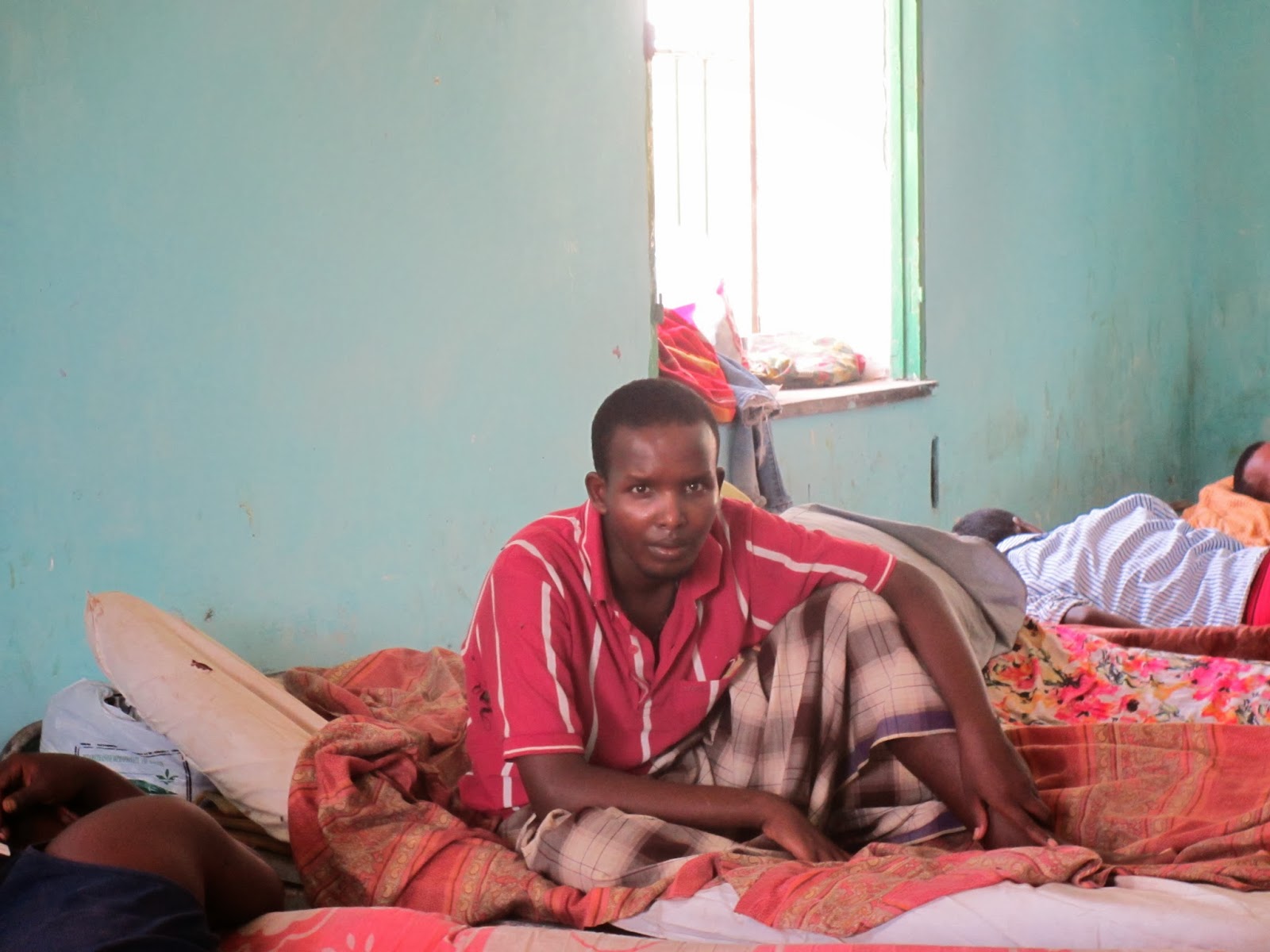 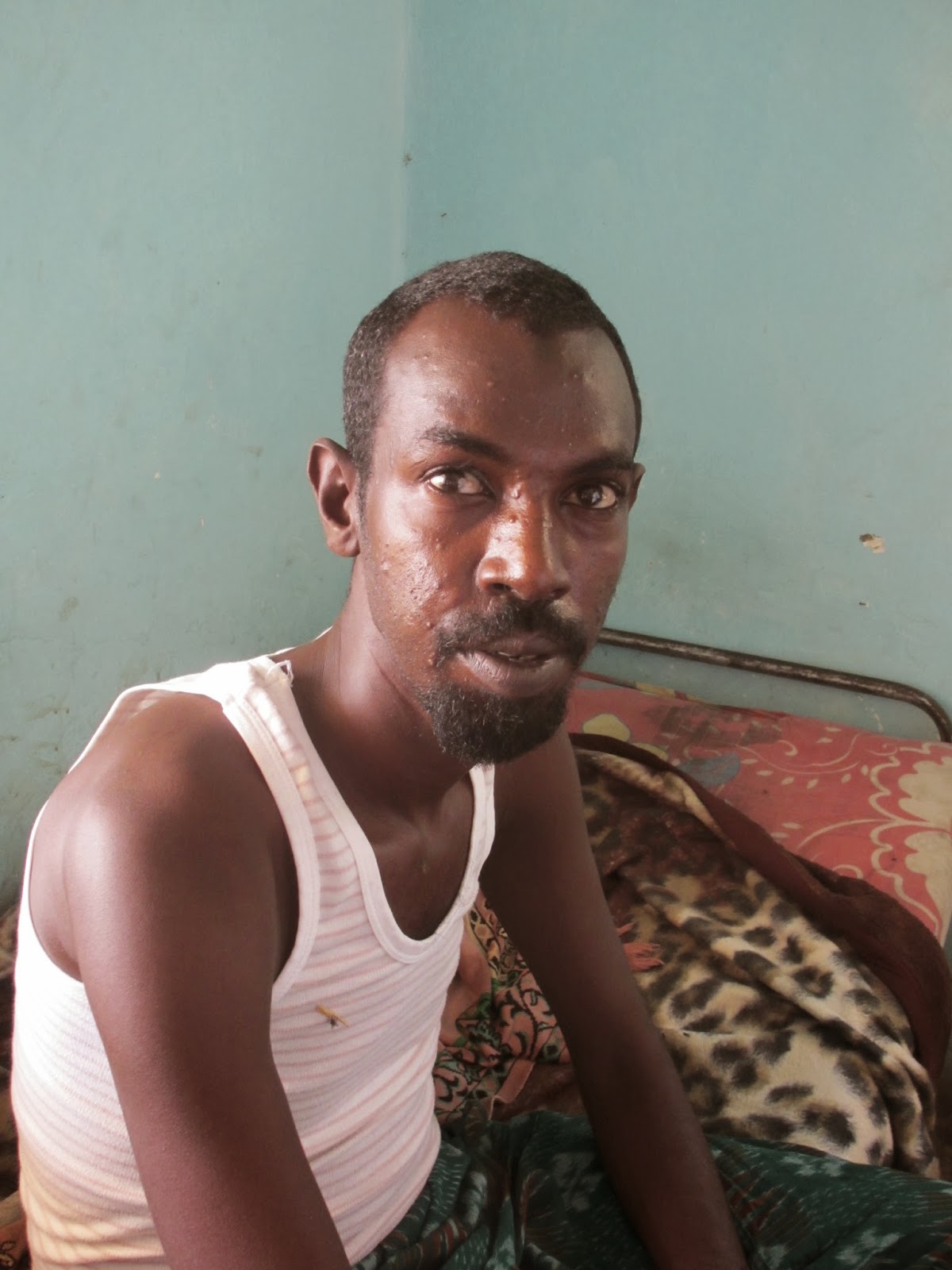 The heavy stillness is broken when a man rushes in, dressed in a white coat. It has obviously seen better days, but it is clean and freshly pressed. His eyes sparkle. He gesticulates energetically. His voice is strained and high-pitched. 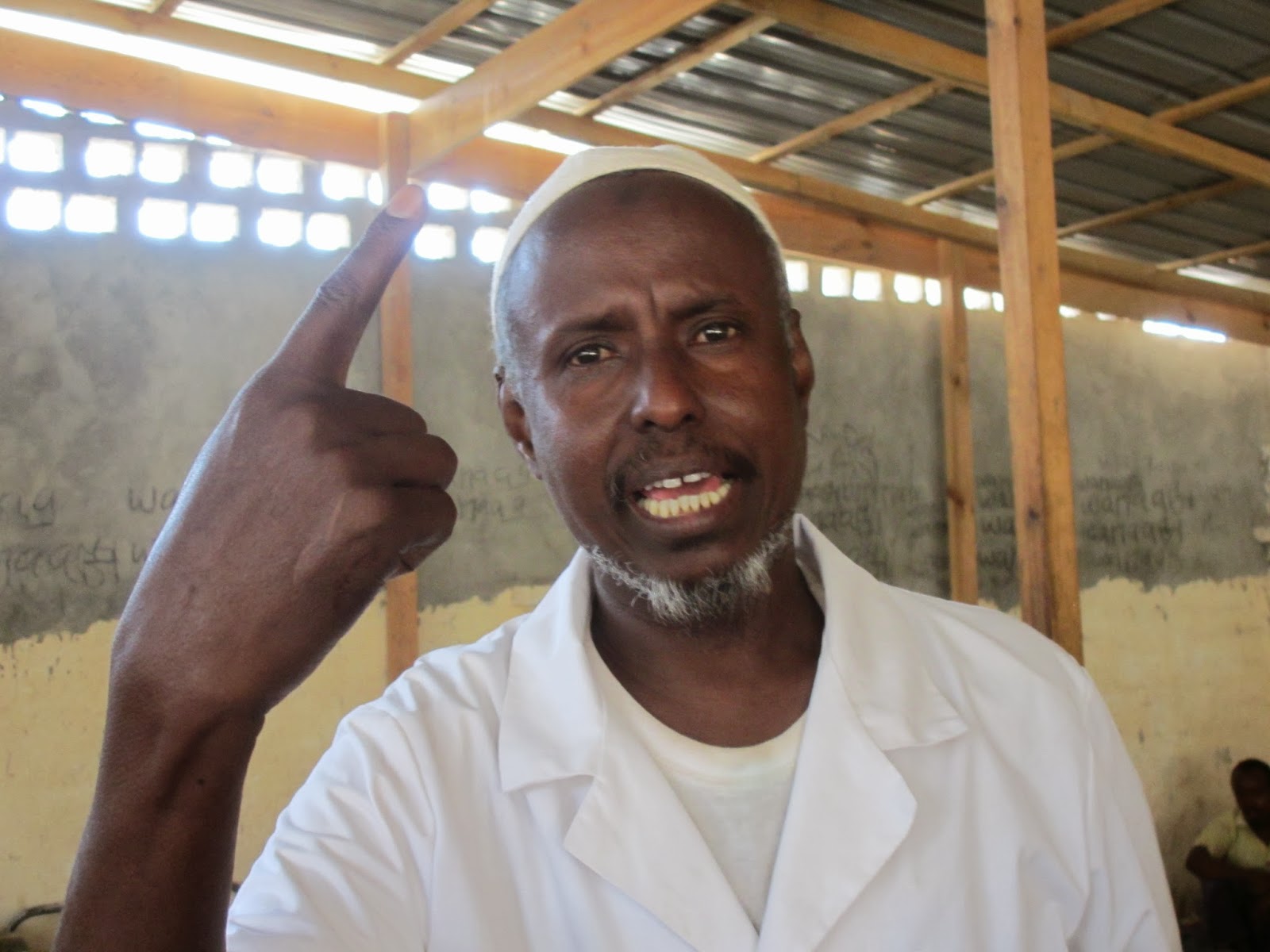 This is Habeb. The nurse, with three months mental health training, who runs this hospital. Habeb means in Somali "a voice which seems to be running out", and that is just what his voice sounds like - as if there's not much left of it.

"There are 132 patients in here" he says. "Most of them are suffering from Post Traumatic Stress Disorder. Many have schizophrenia. Their families bring them here years too late. And they all come here with their legs and arms in chains because that is what Somalis do with mental patients. Here we have a no chains policy. Nobody in my hospital is chained."

The men on the beds and the mattresses on the floor do not react. I ask Habeb why they are all lying down.

"Because this morning they had psychotropic drugs. They are all happy now. Up until two years ago the World Health Organisation gave us drugs. But then they stopped for lack of funds. Now I buy them in the local market."

Suddenly Habeb starts to weep. His voice gets even higher; it cracks and breaks. Tears are pouring down his face. His nose is streaming.

"Where is the United Nations? Where is Ban Ki Moon? Where is the Somali president, the prime minister, the parliament? They all say Habeb is a good person, Habeb is a hero. But I don't need words. I need action."

I give Habeb my hankerchief and we go into another room. Above the doorway, written in swirly writing in black paint are the words 'women's ward'. It is even quieter, even stiller. The same dead eyes, the same prostrate bodies. 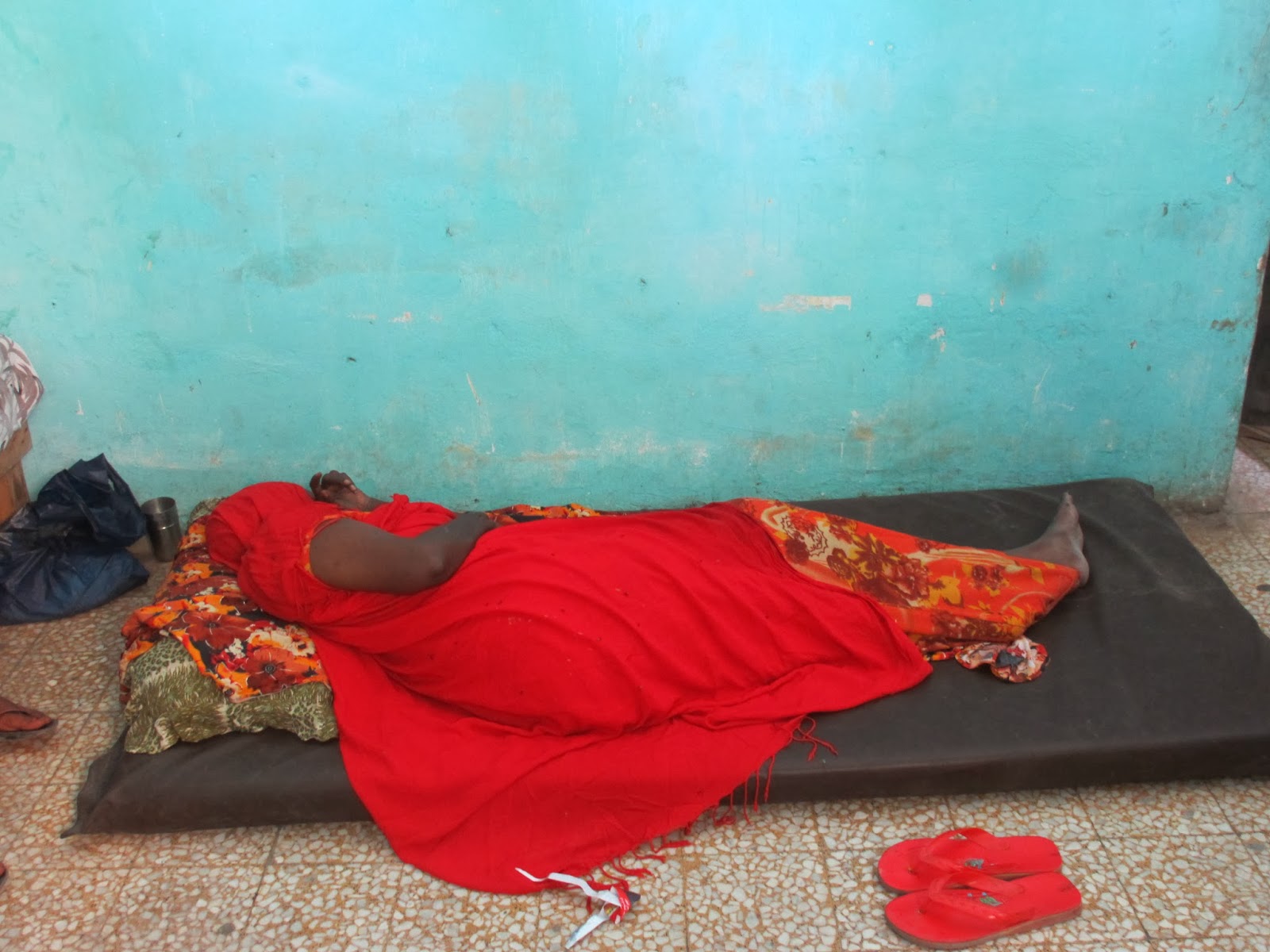 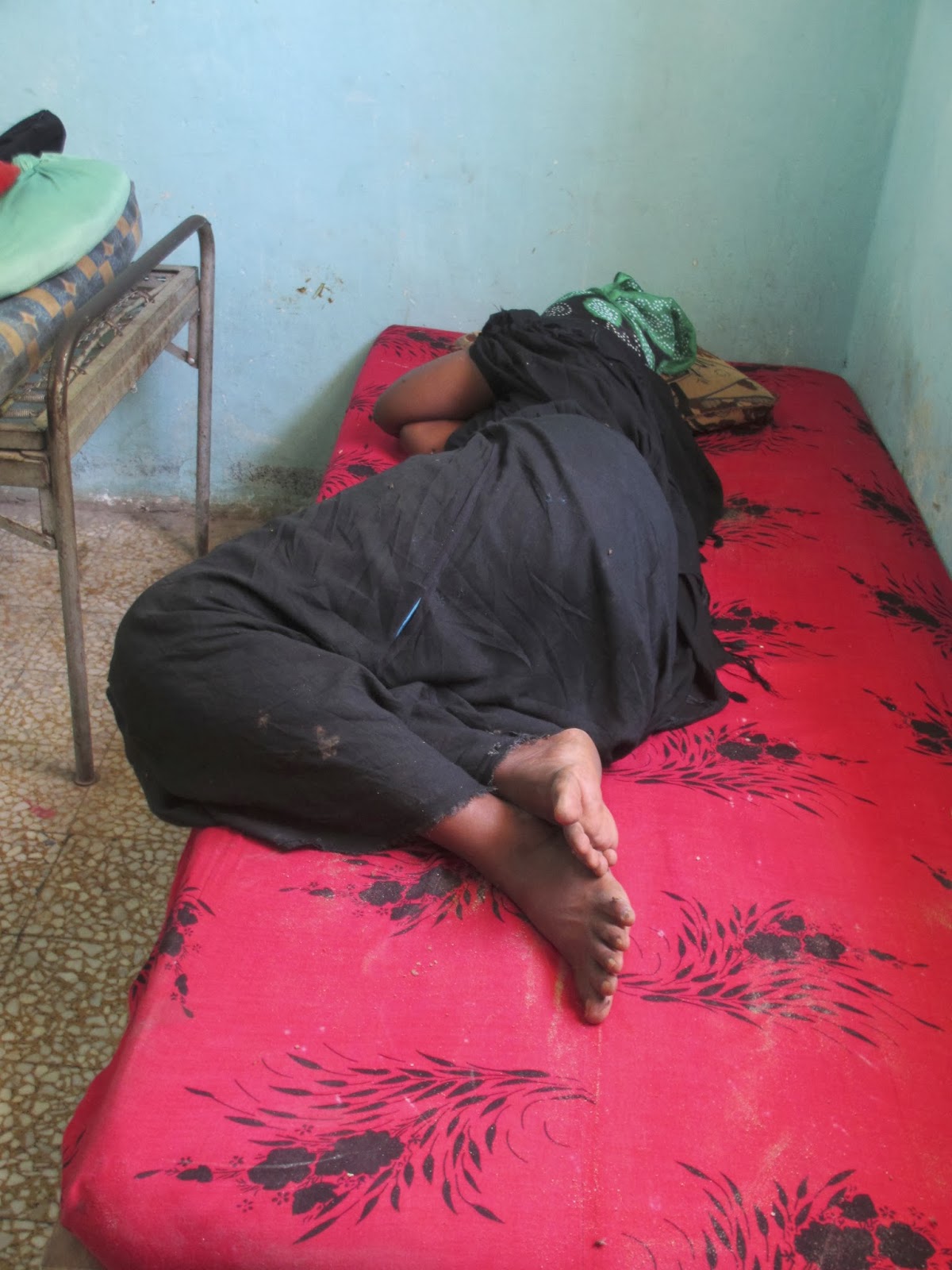 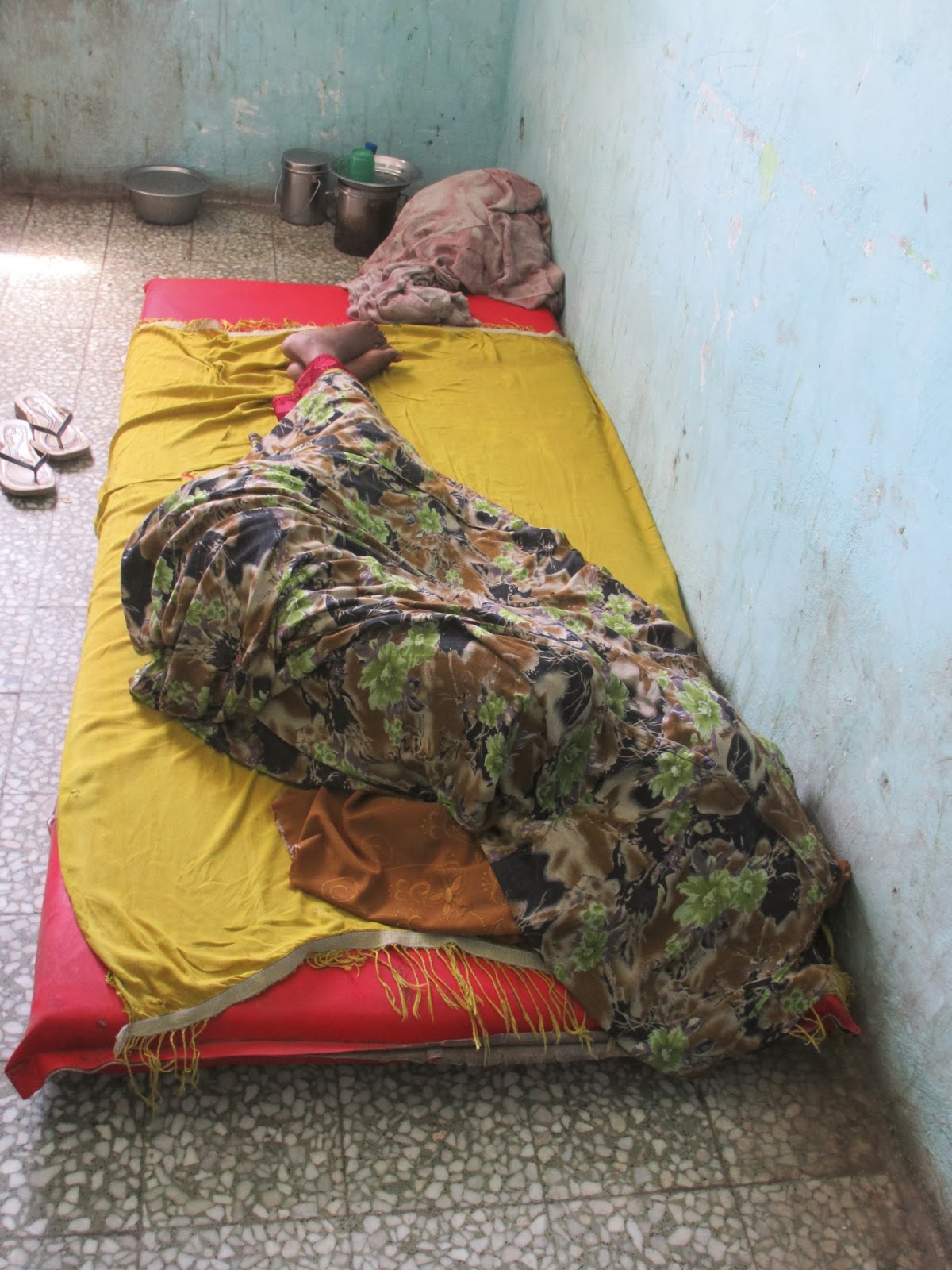 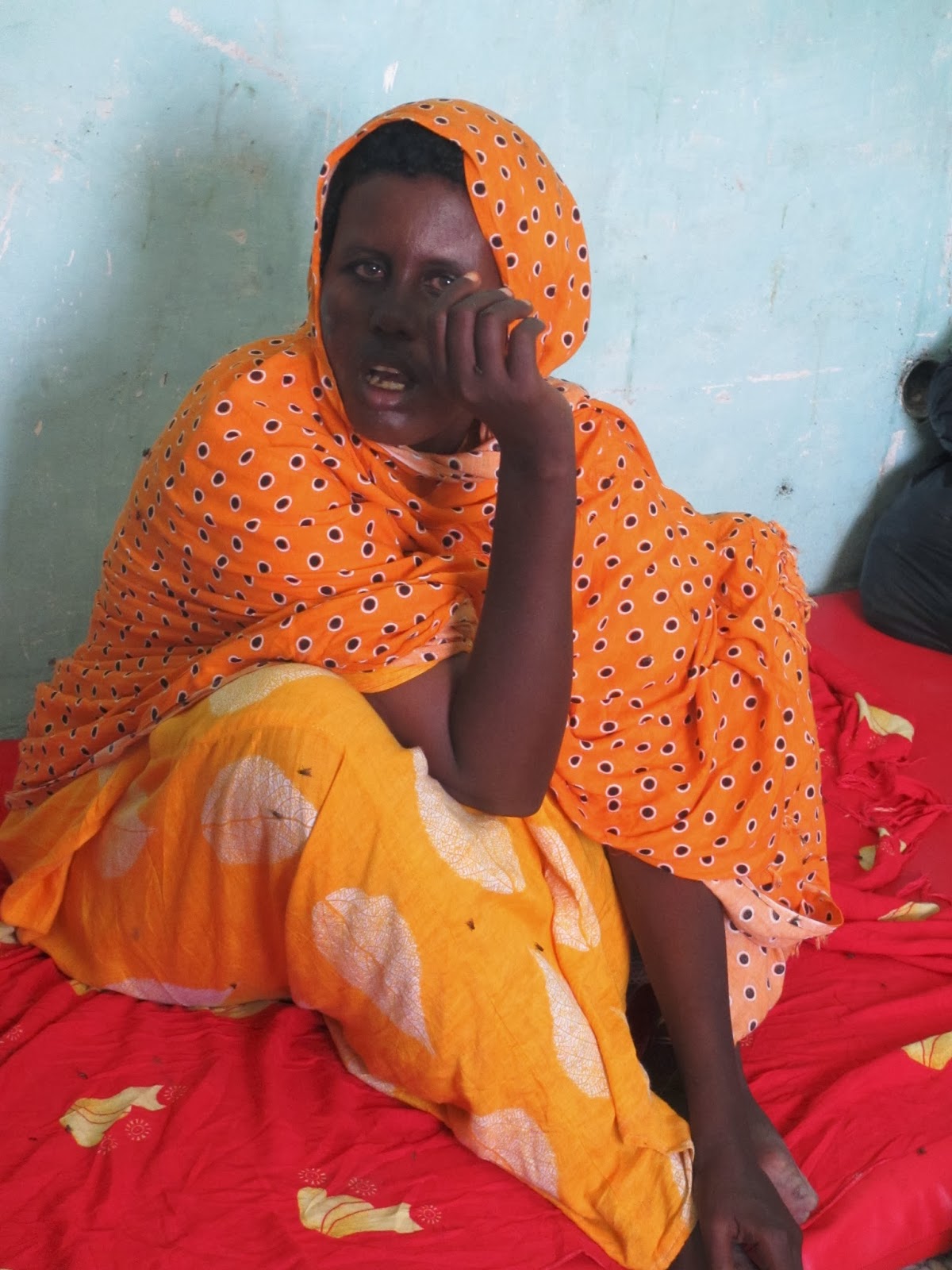 Habeb sits with one lady, her head uncovered, her hair shorn. He holds her hand. 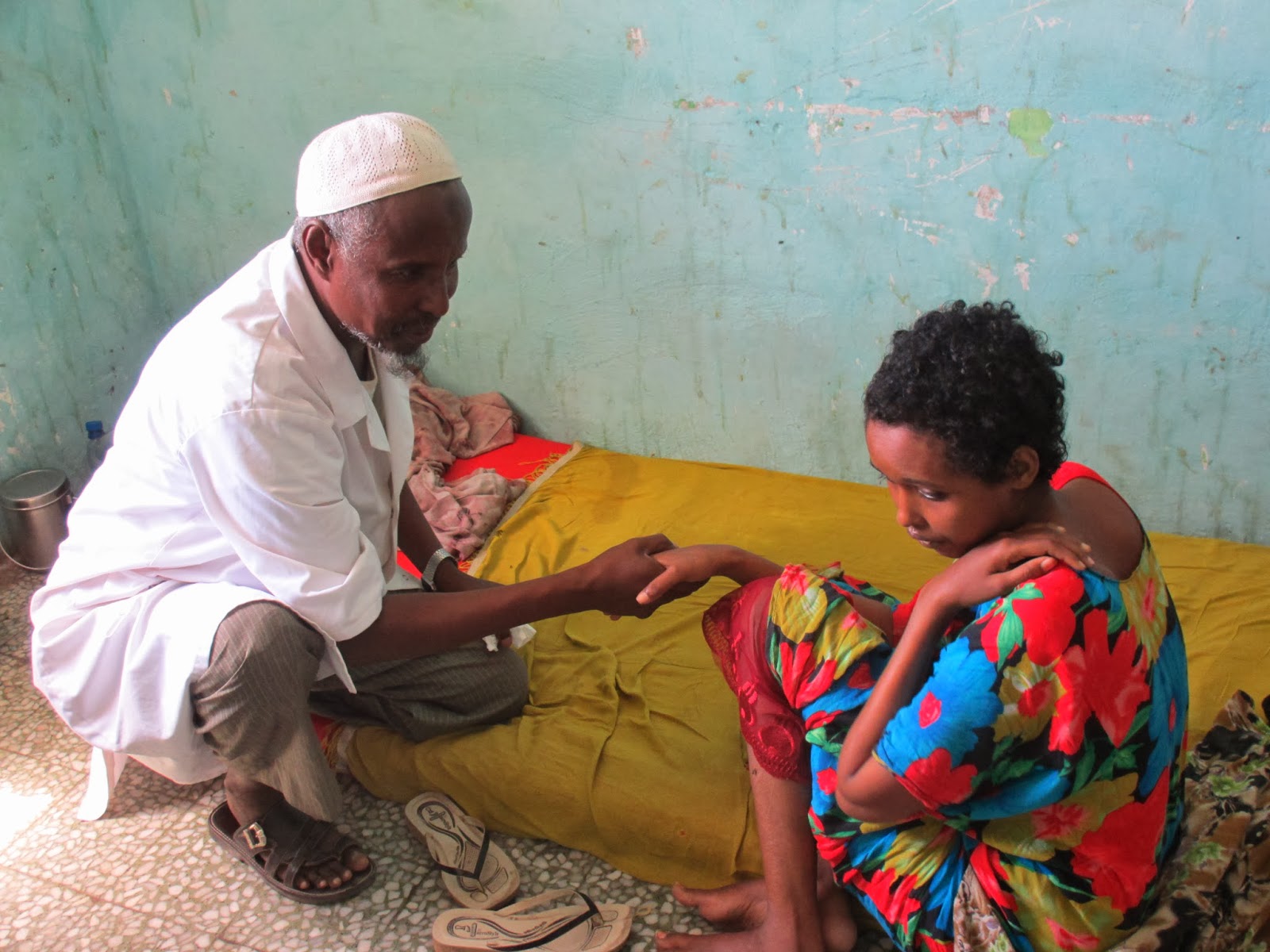 "She has post-natal depression, schizophrenia and anorexia. She can't sleep, she talks to herself, she has hallucinations and she hears voices. When she came here, she was a skeleton. She weighed 31 kilos (70 pounds/ 5 stone)."

We leave the women's ward and walk outside. The sun is warm and bright. The odd burst of gunfire goes off somewhere not too far away. Habeb tells me how in the past few years at least 300 mental patients have been shot dead by the security forces in Mogadishu. They don't know that it is not safe to walk around at night. That you should stop at checkpoints. So they get shot. 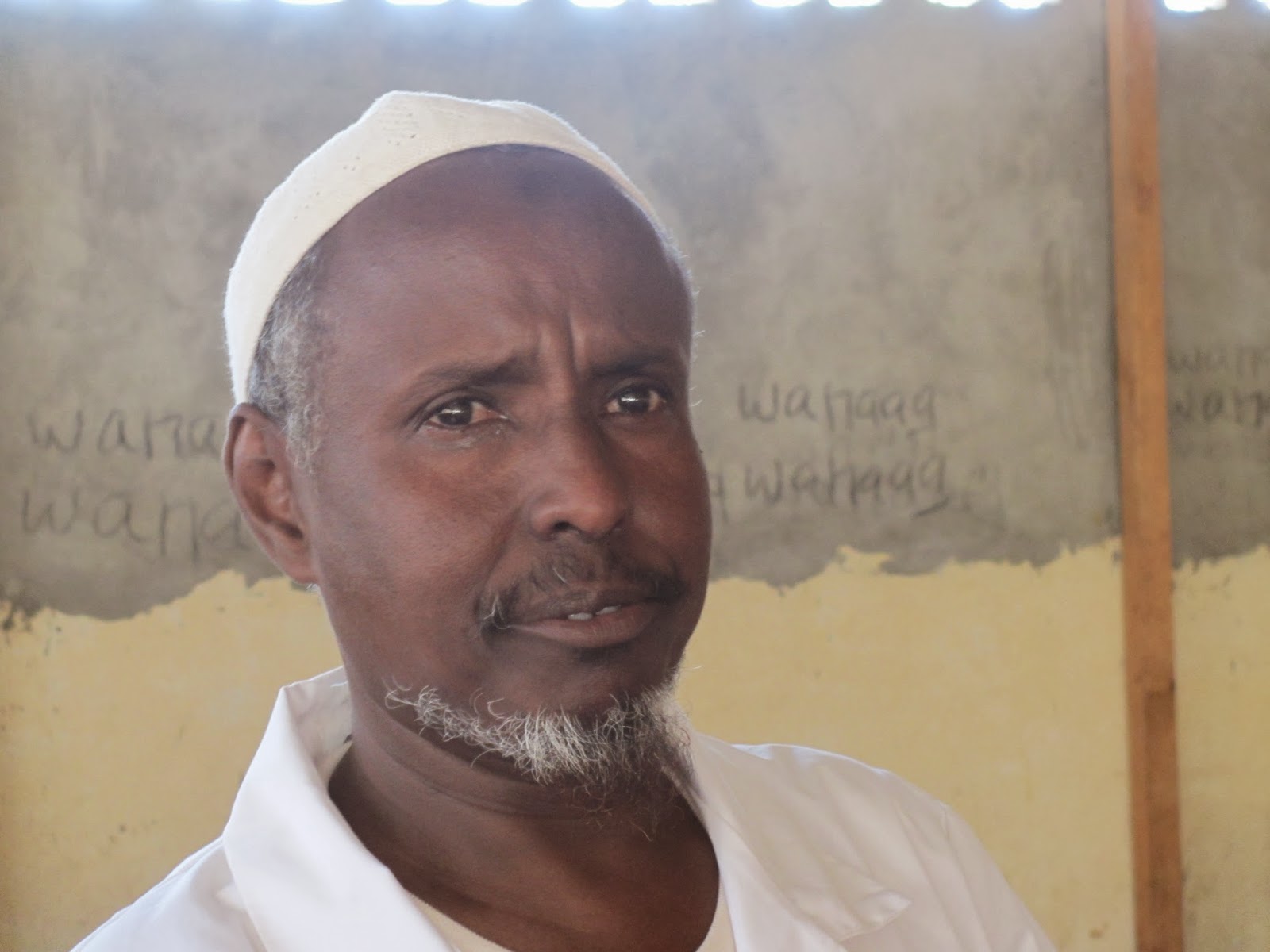 In a covered area -- that is a bit like a barn for animals -- I find dozens more male patients. Some of them are alert. A group of young men approaches me. They speak English, in a variety of accents. They tell me how they fled Somalia with their families when war broke out two decades ago. To Canada, to Holland, to Cardiff, to London. I find it odd that so many Somalis from the diaspora are here in this mental hospital in Mogadishu. Some it seems were sent to Somalia by their families after they got into trouble at home. Others came to try to start a life here. 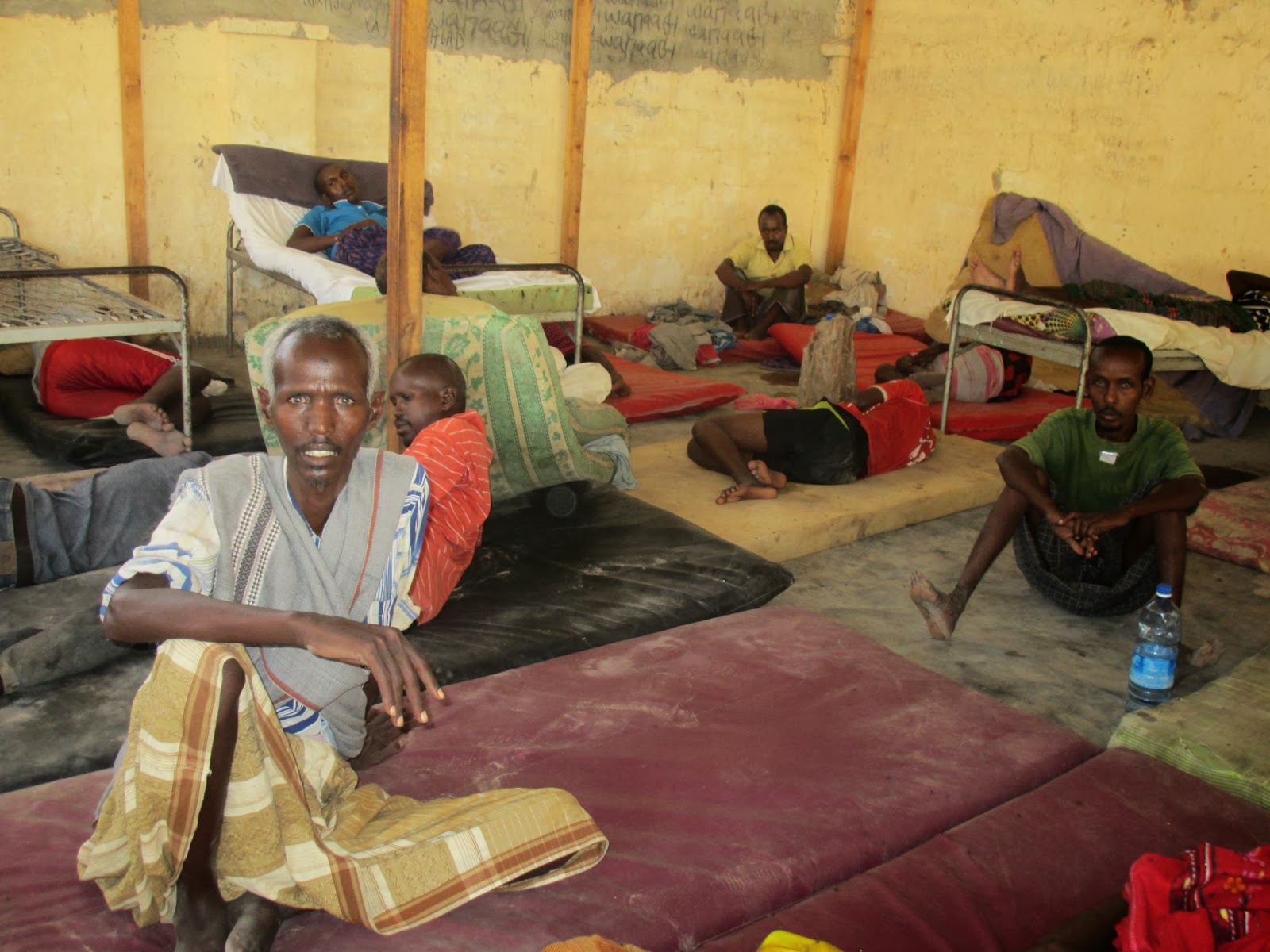 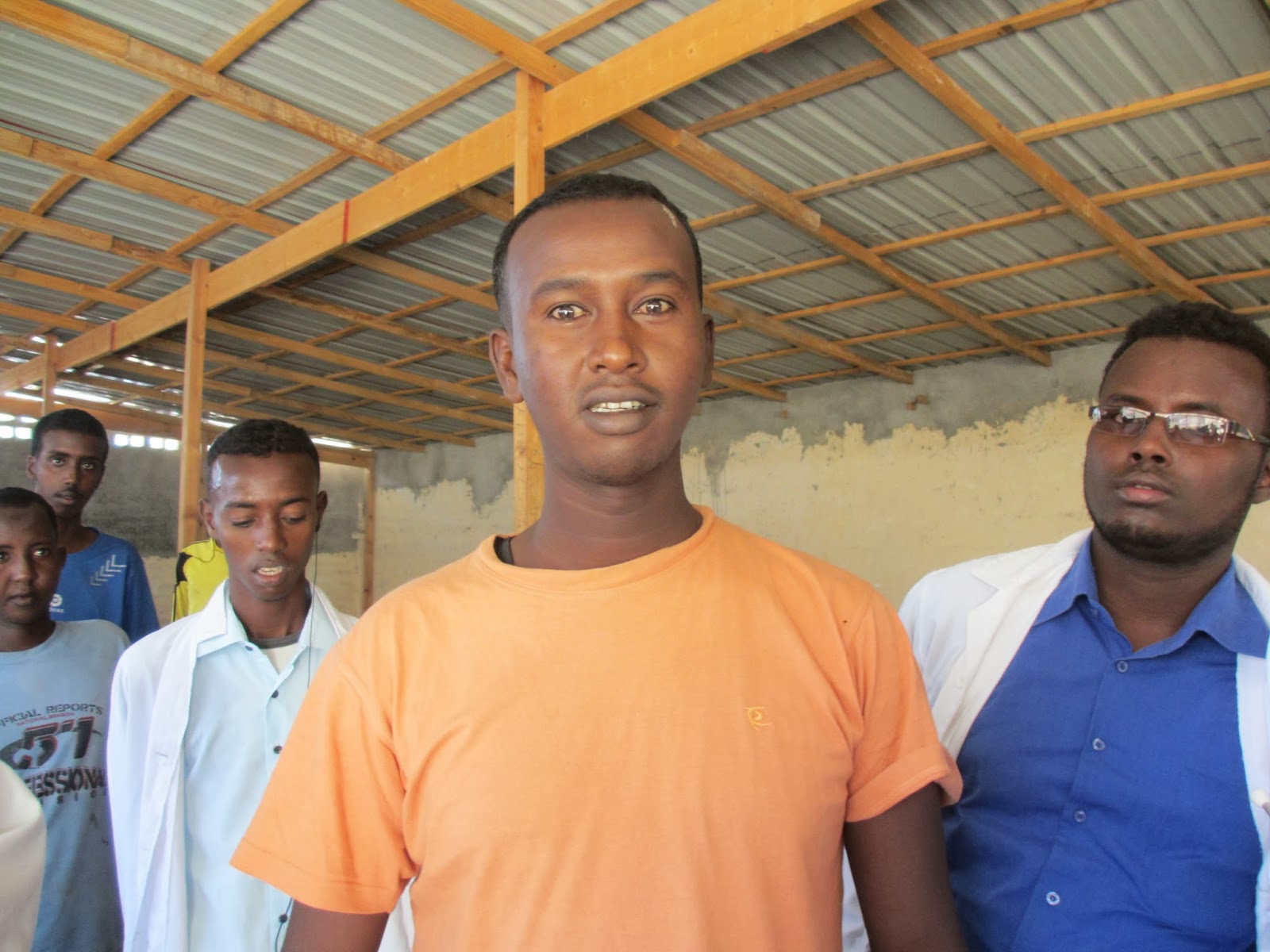 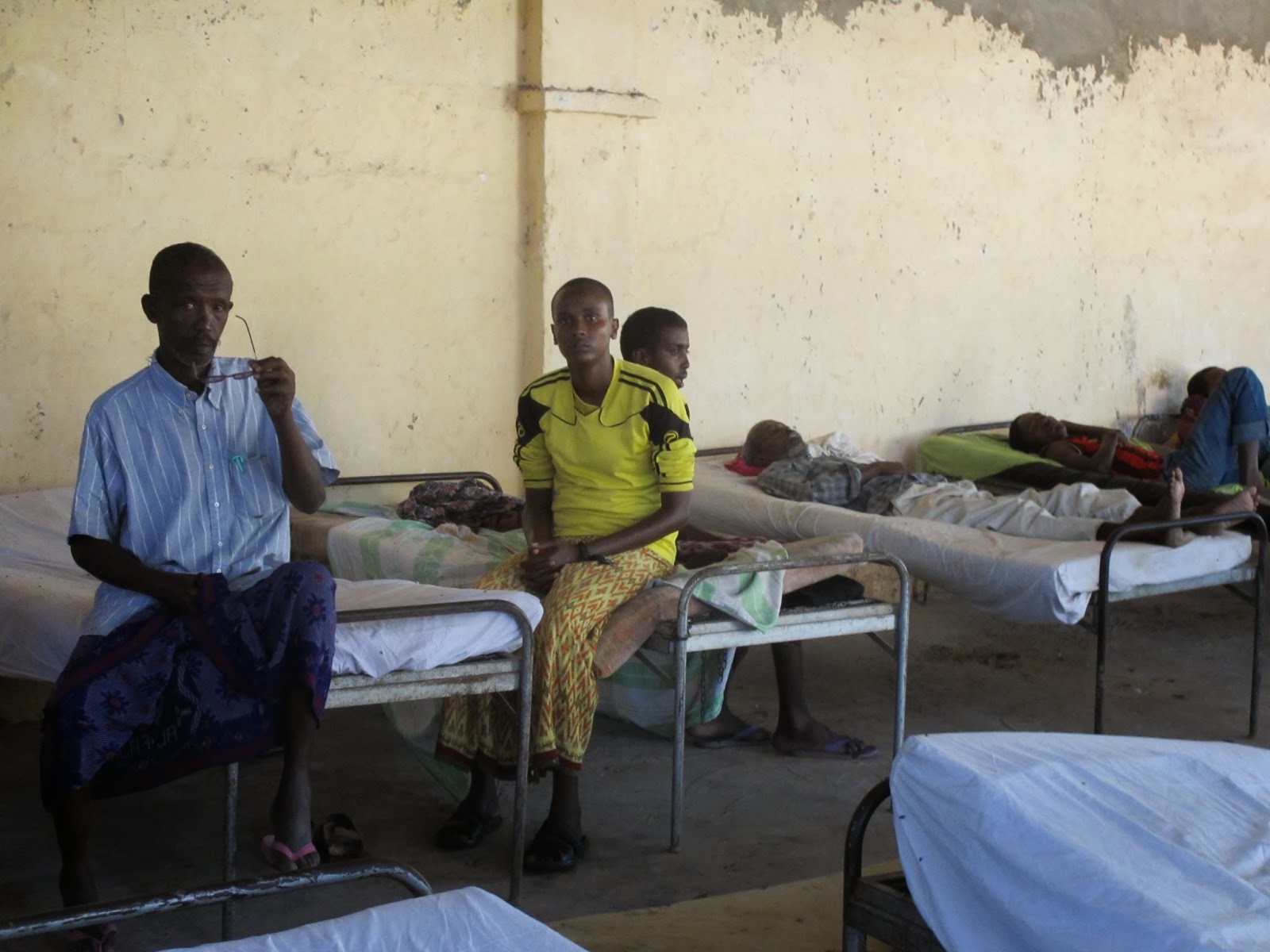 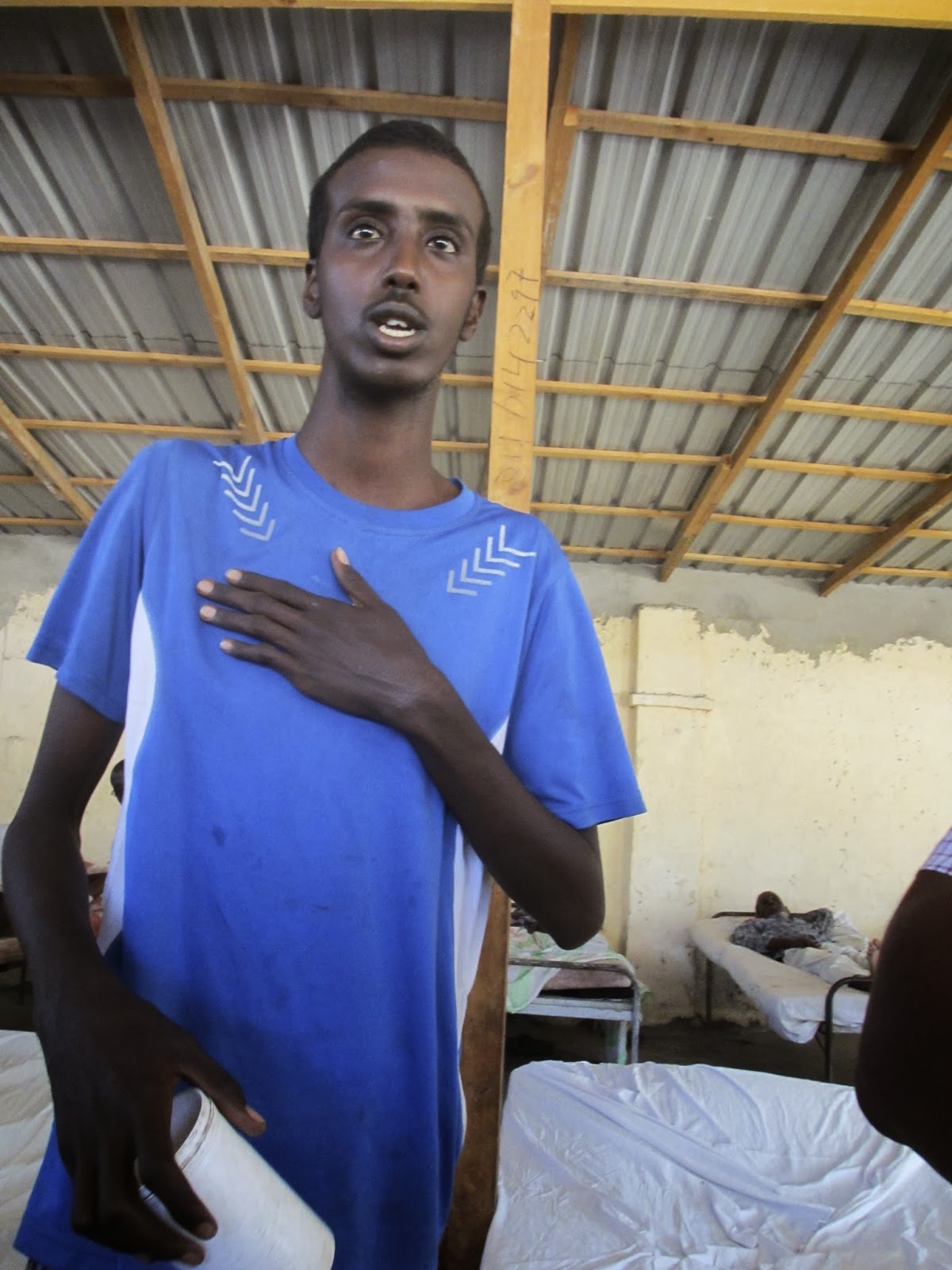 Habeb starts telling me about how he started the hospital after he saw five mentally ill women on the road being abused by small children, who shouted harsh words at them and threw stones. A young man -- also in a white coat -- interrupts him and takes up the story.

"I am Mohamed Habeb, son of Habeb. When I was a child, I used to keep birds. One day my father came and took two of my birds. I was very upset. He took them to market and sold them for a dollar each. With those two dollars, he paid an artist to paint the name 'Habeb Hospital' above one room. That is how he started the hospital." 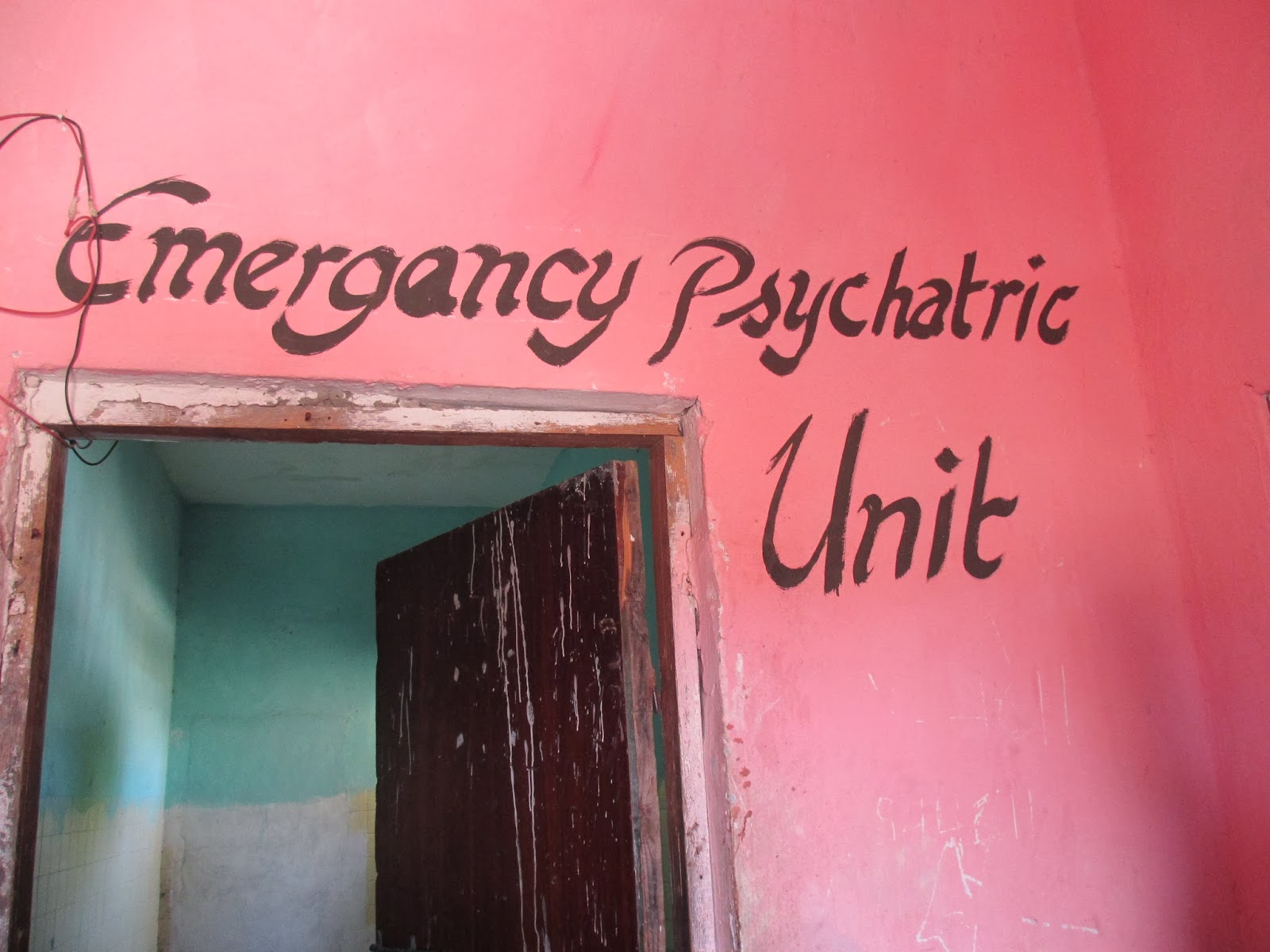