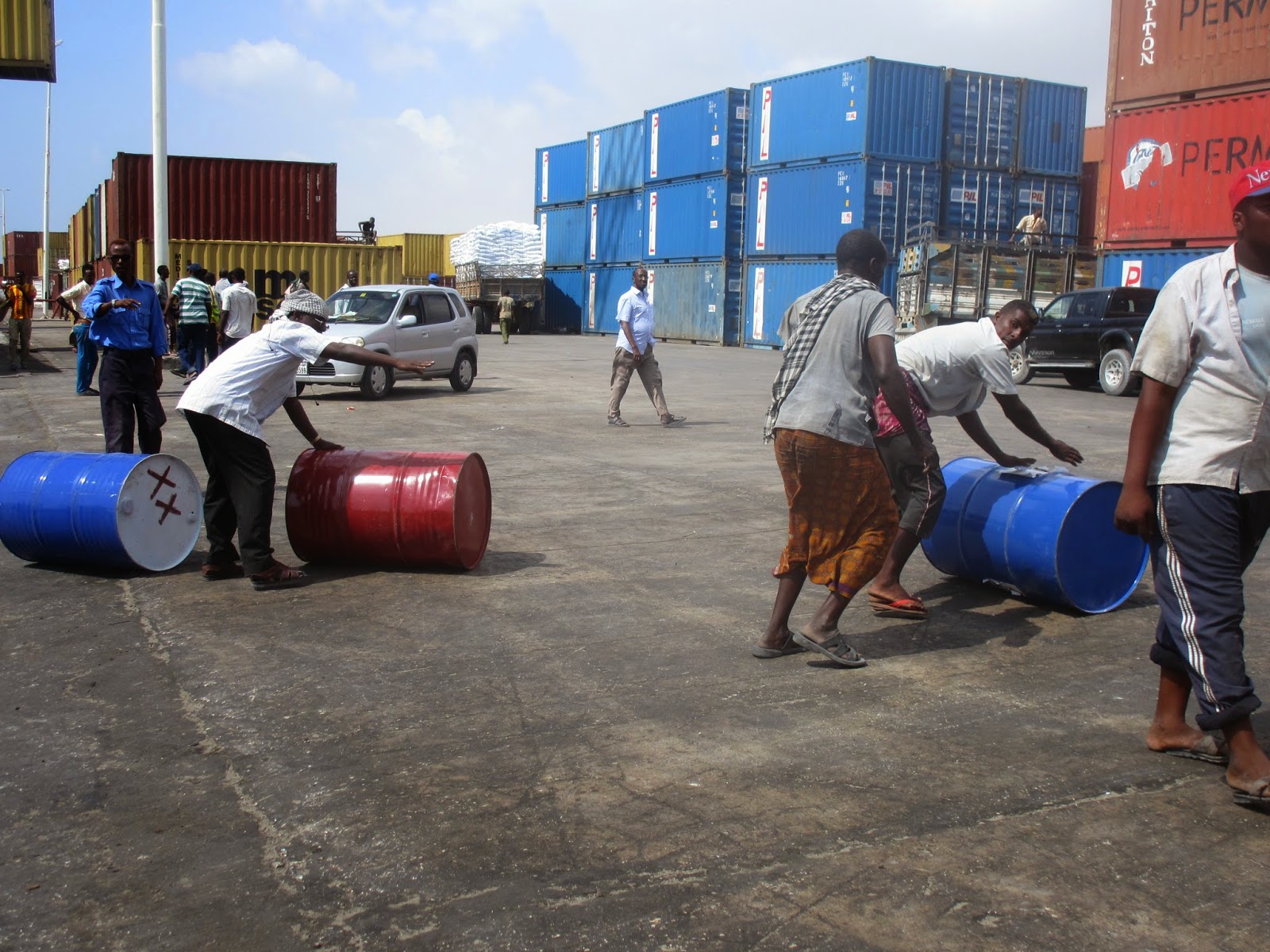 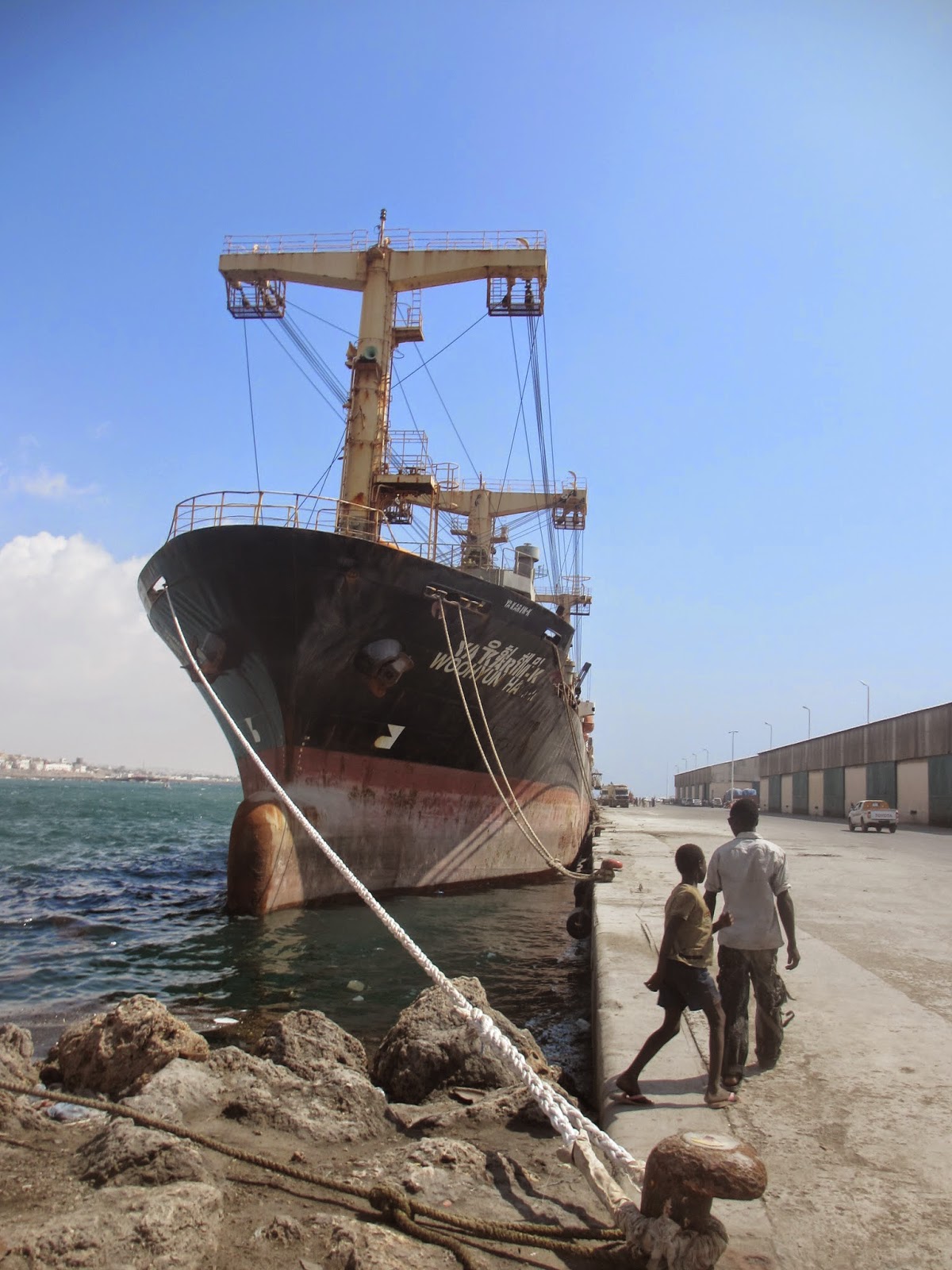 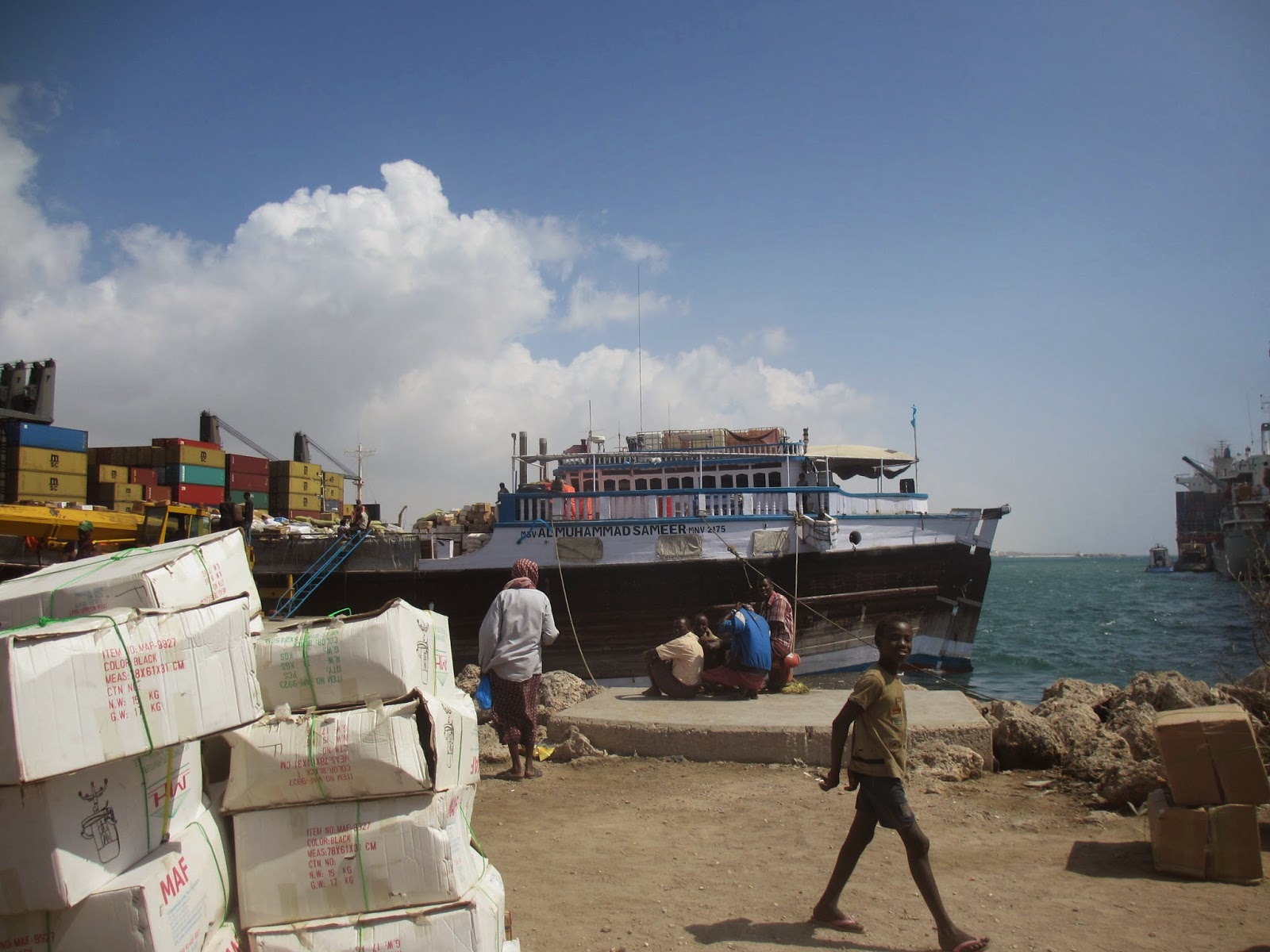 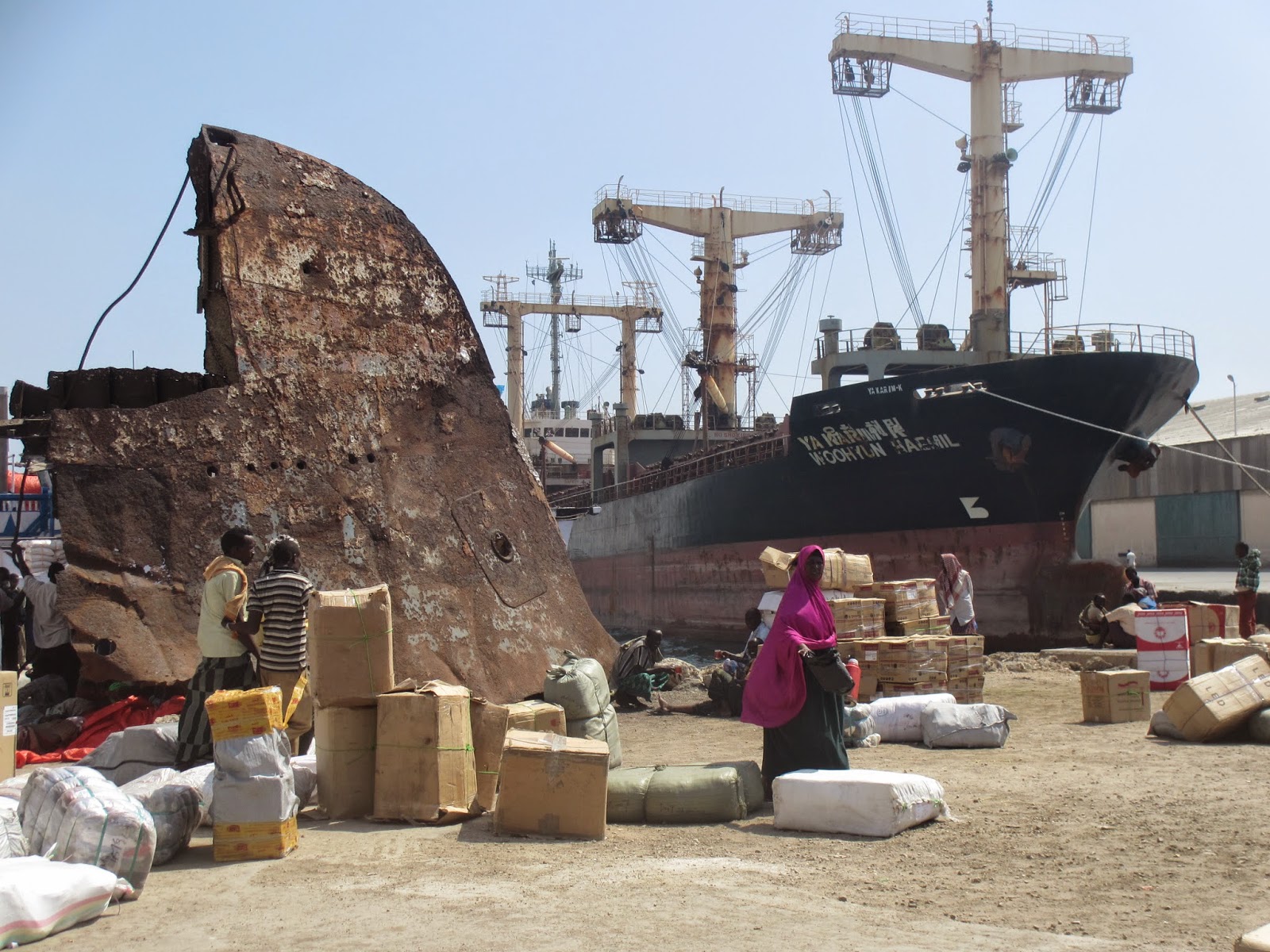 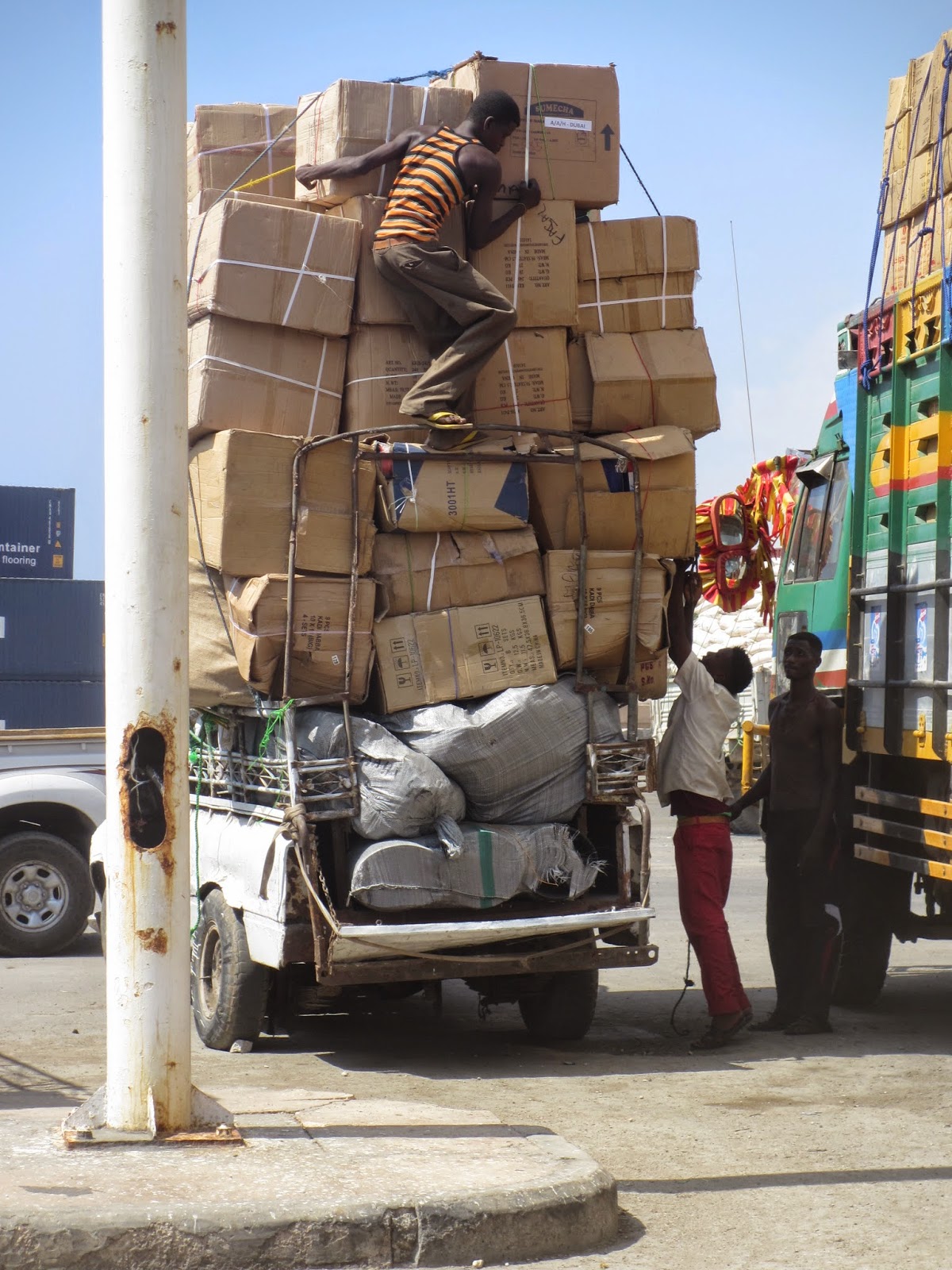 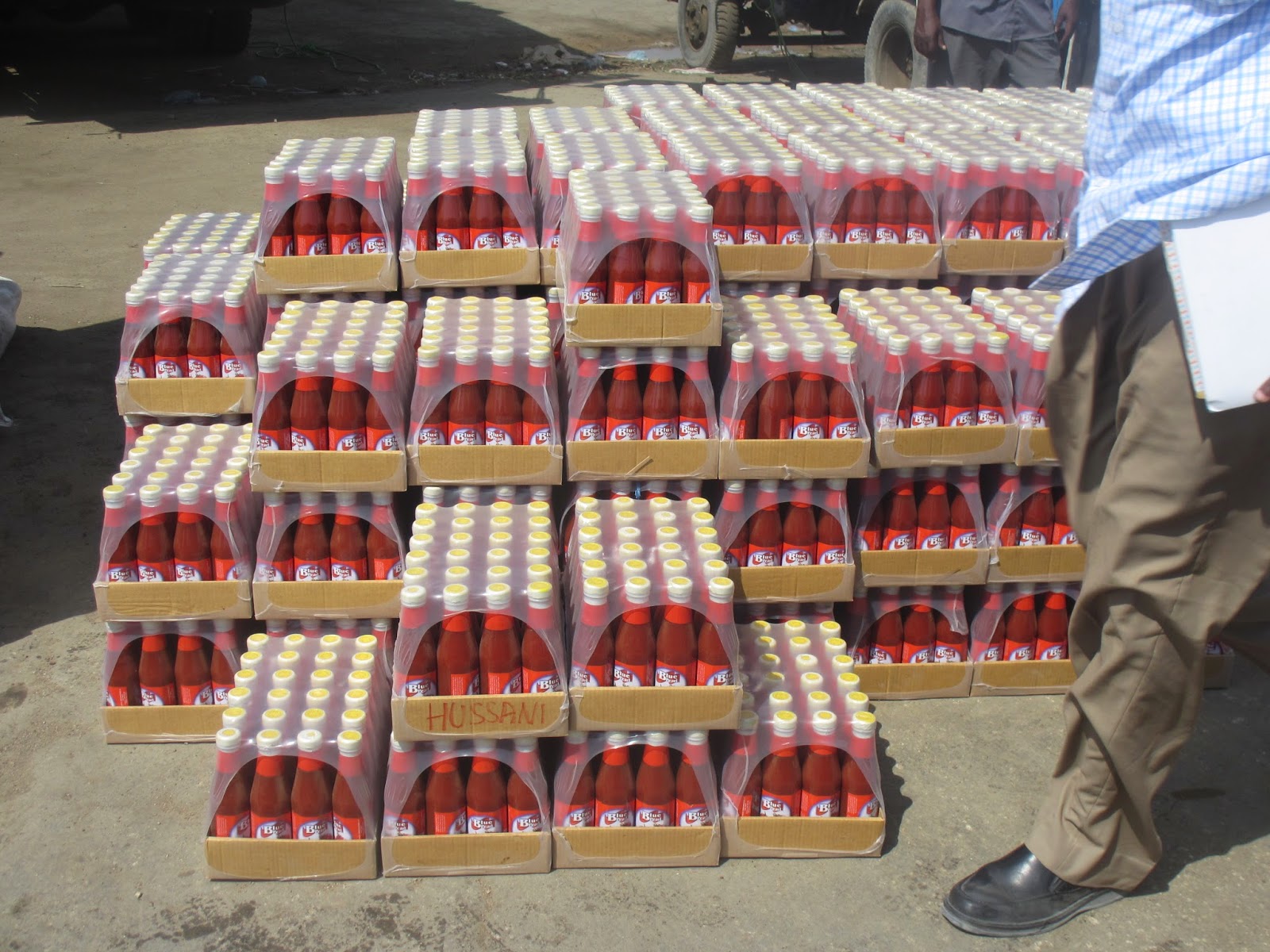 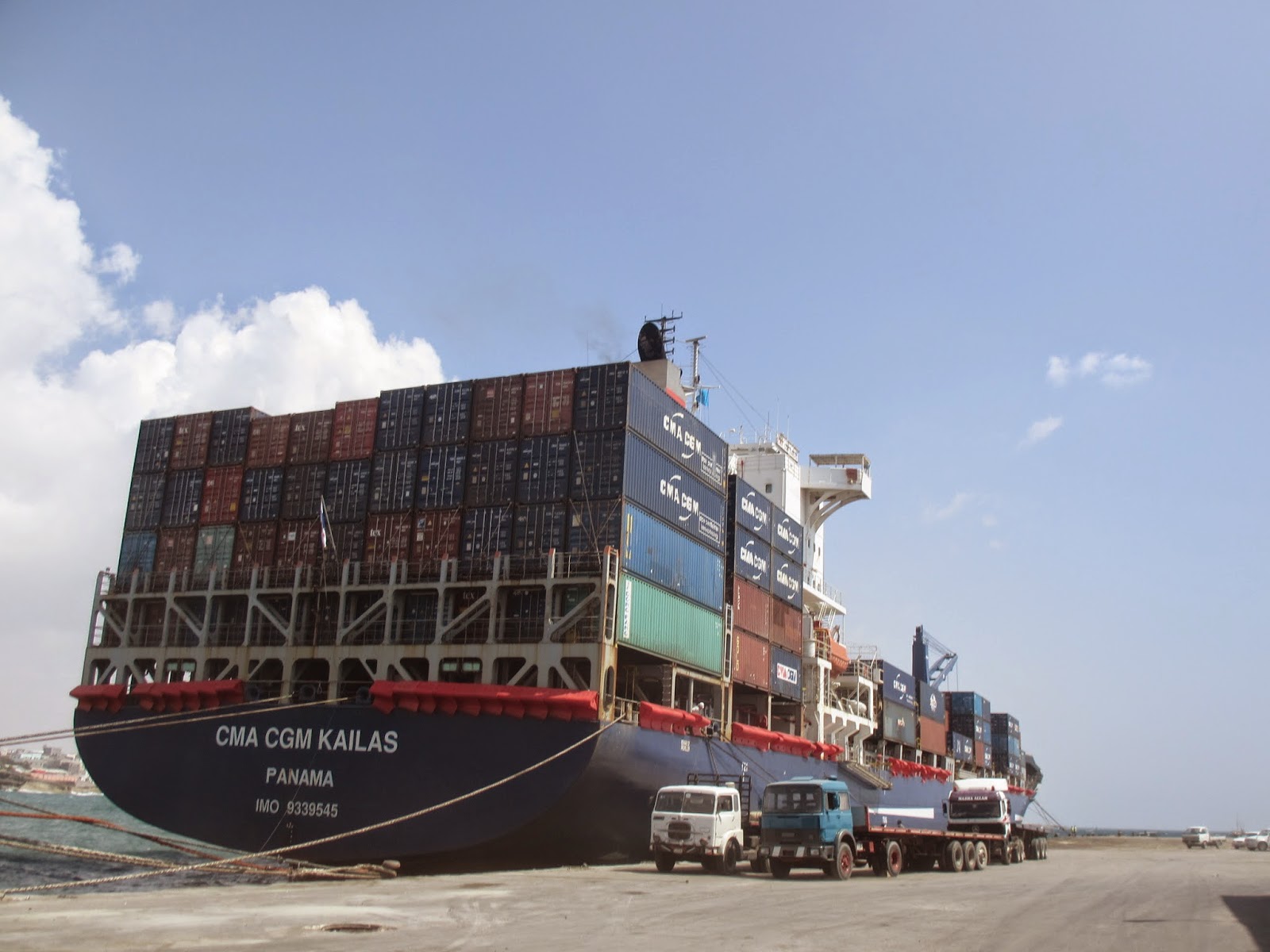 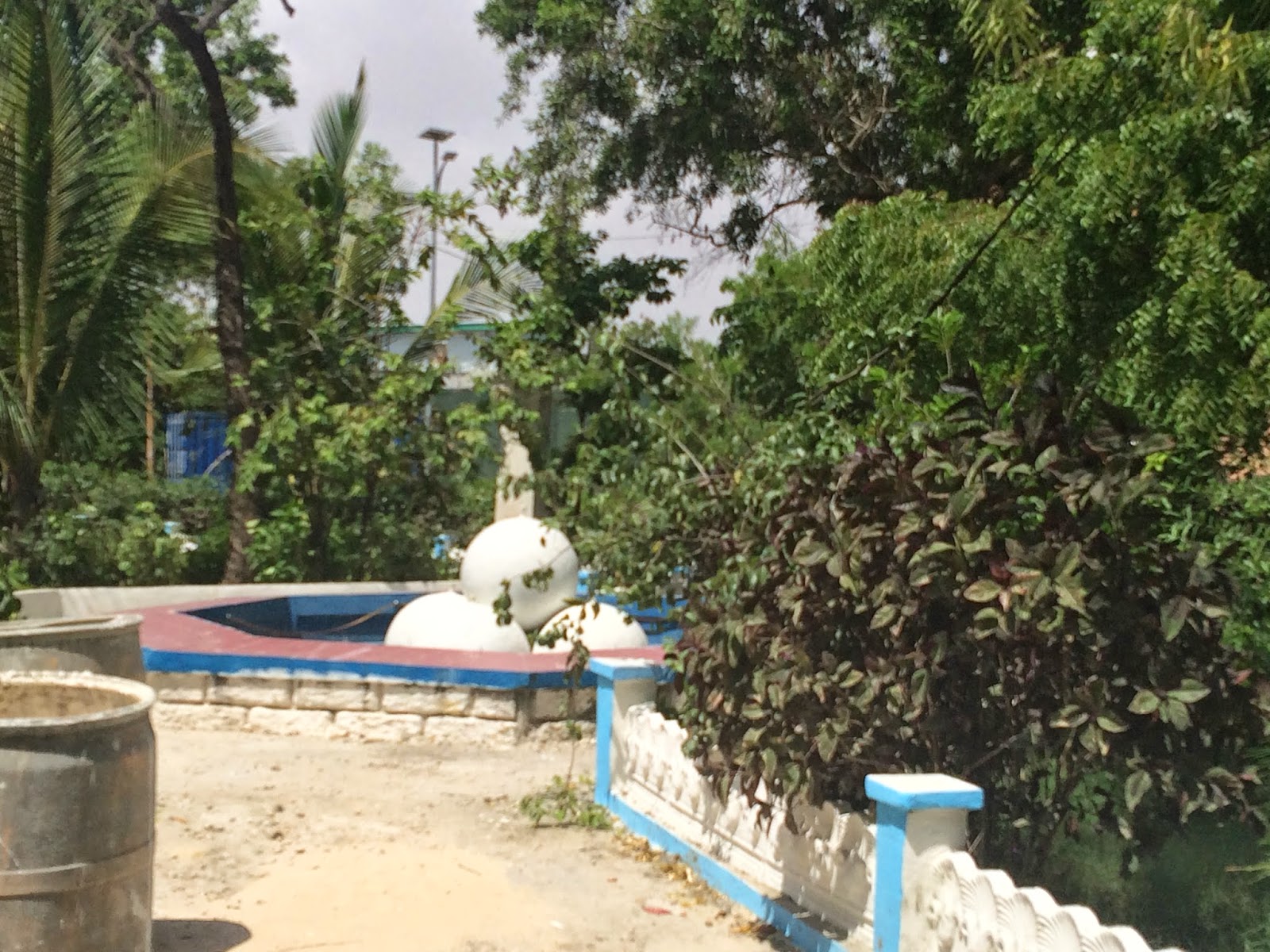 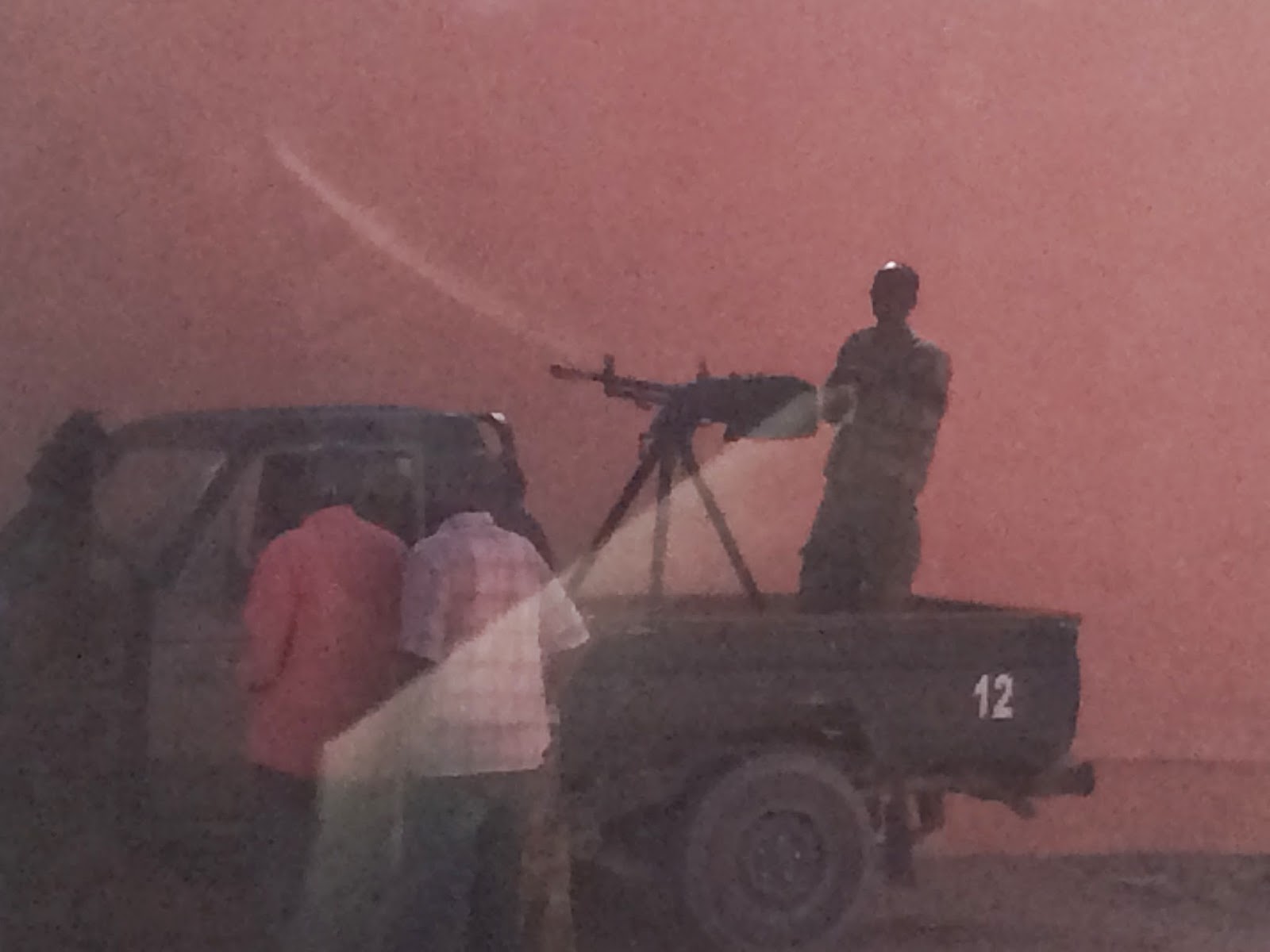 ....except during the frequent security alerts and lockdowns... 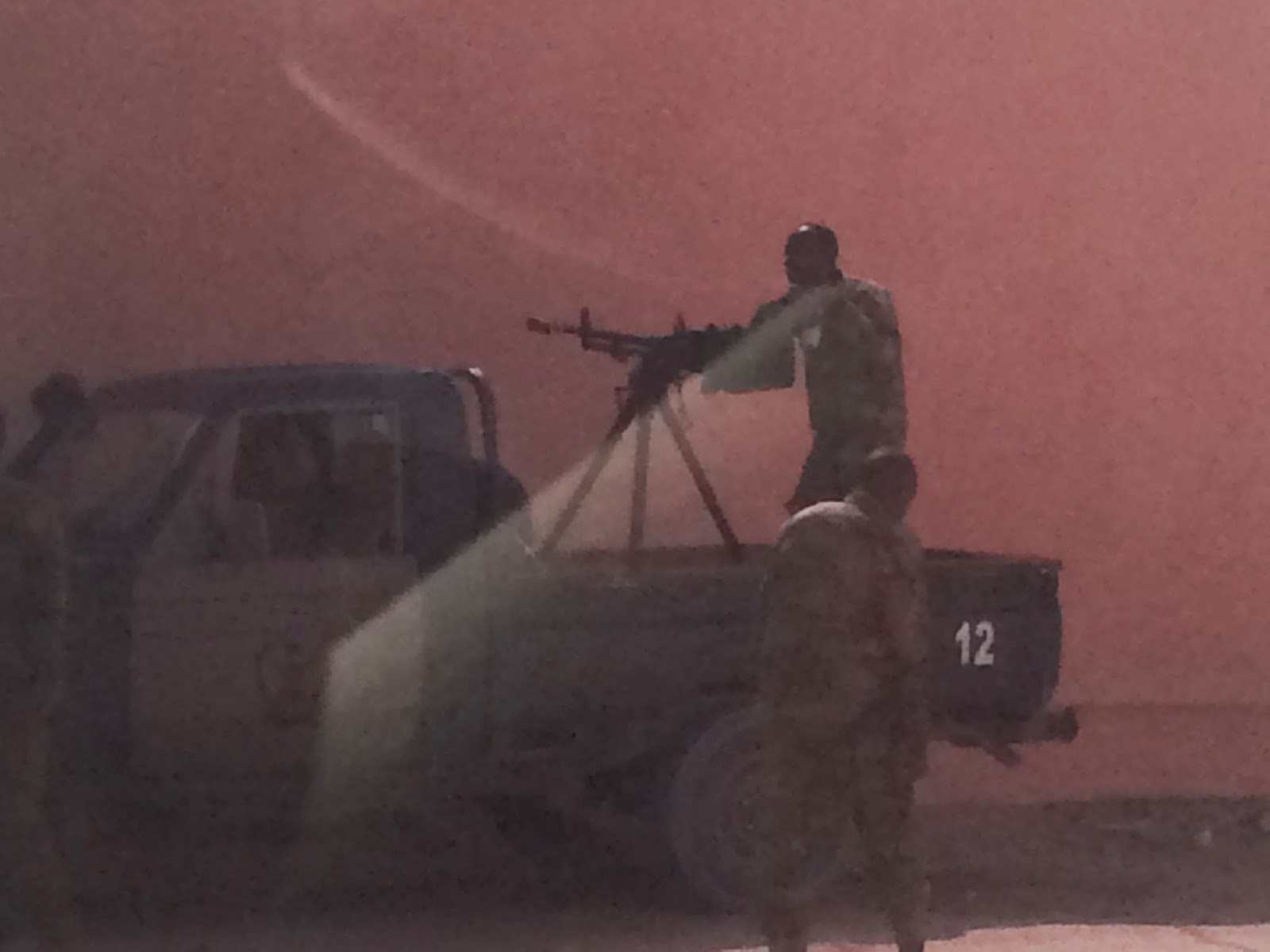 ...which disrupt business and daily life. 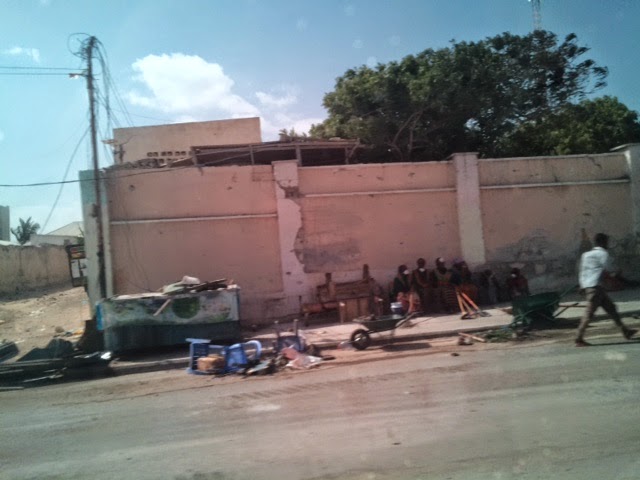 If you look carefully you can see the people are wearing face masks.. 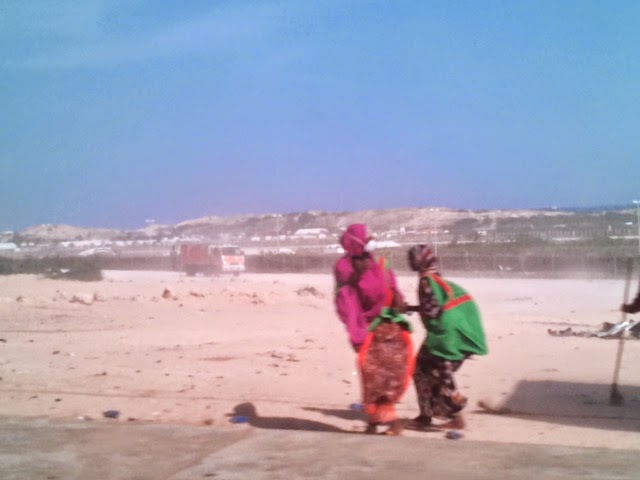 ,,,they are the suicide bomb cleaner-uppers... there was a huge suicide bomb outside the airport... they cleaned up the body parts, vehicle parts and other mess. 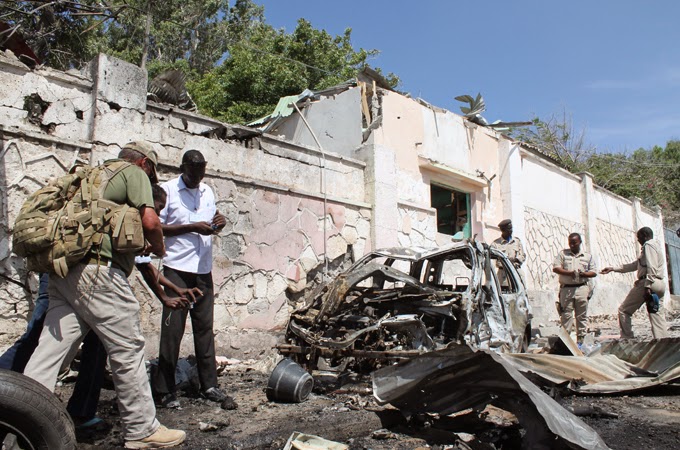 I didn't take this photo - a Somali journalist did.. It's of the aftermath of the same suicide blast (apparently the suicide driver was very young). I was told the white people come to the scene of suicide blasts and take bits of 'evidence' away. I don't know what they do with it. And I don't know who those men are - but here are lots of people like them 'behind the wire' at the airport. Some wear NATO uniforms and 'train' people. Others are private contractors.