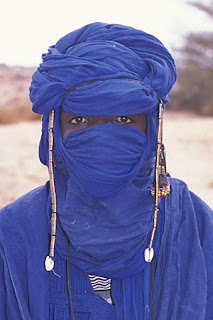 This is a report I did for the BBC about the Tuareg, who are fighting a rebellion in northern Mali. Today they entered the strategic town of Gao, just a day after they seized another important place, Kidal, in the north-east. It's not only the Tuareg who are fighting - the rebellion is made up of a bewildering array of groups, including Islamists. But the majority are Tuareg, fighting a separatist cause.

The Tuareg are a nomadic people who occupy a huge, harsh area of desert and semi-desert, stretching from Mauritania in the west to Chad in the east. They are sometimes called 'The Blue People' because the indigo dye in their robes and turbans seeps into their skin. They have traditionally driven their camel caravans across the Sahara and the Sahel, paying little attention to national boundaries. Throughout history they have been renowned as warriors, carrying an extraordinary array of knives, sword, arrows and daggers as they make their way across the desert. Tuareg rebellions are nothing new. They have risen up before in Mali, Niger and elsewhere, demanding an end to marginalisation and a fairer share of revenues from minerals like uranium. But what is happening in Mali is different because they are so well-armed. Many in the rebellion have recently returned from Libya where they fought both for and against Colonel Gaddafi. They brought with them all sorts of weapons, injecting vigour into what was a rather half-hearted rebellion in northern Mali. They are fighting for an autonomous Tuareg state called Azawad. They have raised the flag of Azawad in the strategic towns of Gao and Kidal, but it is unlikely they will achieve their dream of independent statehood in Mali, Niger or anywhere else in Africa.
Posted by Mary Harper at 09:40 5 comments:

Where to buy Getting Somalia Wrong?

People are asking where they can buy my book in Africa. Here's a list of some of the shops that are selling it.

Somalia: The book is available in Mogadishu from Salim Stationary and Books, Dahabshiil building, opposite Maaliki General Trading, Ceelasha and Banadir Books, Kilometre 4. For further details phone the owner of the bookshops, Mohammed Mire on +252 615 503 233 or +252 615 118 181.


Kenya: It is available in Nairobi at Bookpoint, Books R Us, Westland Sundries, and Bookstop in the Yaya Centre.


Tanzania: You can buy it in A Novel Idea in Dar es Salaam.

It is also available on Amazon and directly from the publishers, Zed Books.

Zed Books also recommends The Book Depository which doesn't charge for postage. It offers a good discount and sends books all over the world. Here is the link:

I will be discussing my book, Getting Somalia Wrong?, with two very clever young Somali women, Quman Akli and Idil Osman at Oxford House, Derbyshire Street, London EC2 on 20 April at 6pm.

I took part in an interesting radio discussion about Somalia with the wonderful Quman Akli and Mohamed Haji Ingiriis, two super clever young Somalis based in London. Laura Hammond of SOAS also featured. Here's the link if you want to listen:

Some of them are pretty poetic.

"Funny how bitter Kenyans witter on Twitter as KDF boys in the forests wildly flutter with hopes of glitter now down the gutter – what a pity!"
Posted by Mary Harper at 03:08 8 comments:

In the past few days I have given talks on my book to a gathering of Somali students in London and members of the Somali community in Bristol. Both events were well attended, and I was touched and overwhelmed by how many people have read my book.


The group United for Somali Students (USS) invited me to speak at the Africa Centre in London's Covent Garden. They baked delicious cup cakes for the occasion, as well as bringing halwa and soft drinks. I was by far the least articulate member of the panel, outshone by the remarkable Rahma Ahmed of the Somalia Relief and Development Forum and Hanan Bihi of USS. The room was full, the questions were direct, challenging and passionate, and the students raised enough money to sponsor dozens students back home in the Somali territories. They also made the point that the 'world's most dangerous city' of Mogadishu has several universities, and that Mogadishu University has recently been ranked the 25th best university in Africa, out of several thousand on the continent.


Several students told me they had learned a lot from my book, as they had left Somalia as toddlers, and had significant gaps in their knowledge. Some told me their whole families were now reading the book, and debating it round the supper table.


The Bristol book launch was equally inspiring. A large crowd of Somalis and a sprinkling of non-Somalis came to the Somali Resource Centre in Barton Hill Settlement. We had a refreshingly lively debate, with lots of difficult questions, some of them unanswerable. The strong humour and bonds within the group meant things never got nasty, despite deeply diverging opinions.


Although Bristol's Somali community lives thousands of miles from home, and comes from many different parts of Somalia, I got the feeling their minds are never far from their homeland.


In many ways, my book is the work of many people, most of them Somalis. I just act as a scribe, an observer, a filter, and at times an analyst. I am happy that my book is being read, studied and scrutinised by so many Somalis. They are the best judges I could ask for.
Posted by Mary Harper at 14:55 5 comments:

Launching my book in Bristol

The Somali expert, Professor I.M. Lewis, writes about my book

This is an exemplary account of the current situation in Somalia and Somaliland in the Horn of Africa. Drawing on visits to the area over a number of years, and long-established acquaintance with Somalis from a wide range of backgrounds, the author has built up an impressively well-informed and sympathetic understanding of the Somali world.
She is particularly acute in her positive assessment of Somali achievements in such areas as internet banking  and cell-phone communication where Somalis play a leading role in Africa.
Her approach is refreshingly positive as she charts the remarkable ways in which Somalis have managed to survive against all the odds. She does not minimise the appalling problems caused by protracted conflicts which seem almost insoluble in Somalia and which, as she clearly concludes, have been generally aggravated rather than alleviated by foreign intervention.
She exposes with admirable clarity the hackneyed inadequacy of the concept ‘failed state’ regularly applied to Somalia which conceals more than it reveals. Although she modestly emphasises her lack of technical expertise in handling the anthropological concept of segmentary politics which underpins traditional Somali society, she in fact gives a realistic and perceptive account of how this works and the limitations it imposes on political solidarity and stable political decision-making. As she rightly observes, clans and other kinship ties exert their optimum influence in times of conflict and their extraordinary flexibility makes them invaluable as the ultimate defence system in the constantly shifting sands of Somali identity.
Harper claims to have not sought to produce a work of scholarship, but in fact she provides the most accessible and accurate account available of the contemporary Somali world - pirates and all. In my view, the result is a work which presents  the most useful picture of the current Somali scene, covering all significant aspects of Somali society, and providing a subtle analysis of the interaction between society, politics, economy and religion.
This is a remarkable achievement in a short book that, I think, omits nothing of major significance. I particularly welcome the accuracy and substantiality of her reportage which includes her use of passages from classic and contemporary poetry to illuminate the behaviour and attitudes of ordinary Somali citizens towards the uncompromising Muslim fundamentalists who today, as in earlier periods, sought to impose their control in Somalia.
Harper is particularly successful in reporting the contrast between the former state of Somalia which has not functioned for over twenty years but is still regarded by the EU (including Britain) as the official repository of Somali statehood, and the Somaliland republic (an ex-British Protectorate), which broke away from Somalia in 1990/91 and is contrastingly vigorously alive. As she observes, this stark contradiction is one of the outstanding political mysteries of the Horn of Africa.
Harper rightly stresses how fractured Somalia is a sad monument to the failure of Eurocentric centralised state organisation in Somalia, whereas with its more flexible combination of traditional and modern state organisation, Somaliland demonstrates that despite their strong traditional attachment to un-centralised political units, Somalis are perfectly capable of operating a modern democratic state successfully. Unfortunately, European politicians have such a blinkered, centric mindset that they have so far been unable to grasp this.
In contrast to the usual sensationalist treatment of Islam by ignorant western journalists, Harper presents a measured treatment stressing how wide the gulf is between the Al Shabaab fanatics and traditional Somali Muslims (largely Sufi in orientation). Order and absence of crime in contemporary villages and towns is however attributed by some residents to the Al Shabaab presence. All this contributes to a wide spectrum of contemporary Somali Islamic life that gives additional value to this book.
Finally, in the same spirit, Harper presents an admirably positive picture of the all too brief period, prior to the rise of Al Shabaab, in which the Islamic Courts ruled southern Somalia with a light hand but quite effectively. Unfortunately, as she observes, the Americans misrepresented the Courts as Islamic extremists and encouraged them to invade Somalia, further adding to war and chaos in Somalia.
Finally, a striking  and pleasing feature of Harper’s approach throughout this book, is the sympathy and empathy she displays towards her subjects, without romanticising them.
I.M. Lewis
Fellow of the British Academy
Emeritus Professor of Anthropology, London School of Economics
Posted by Mary Harper at 23:43 7 comments: 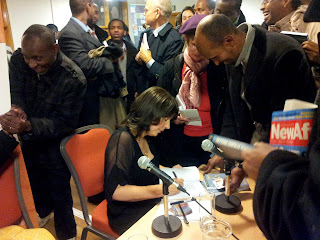 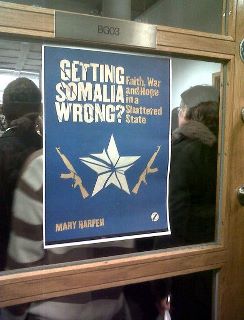 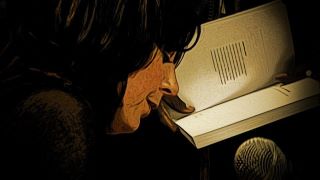 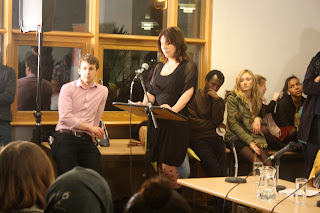 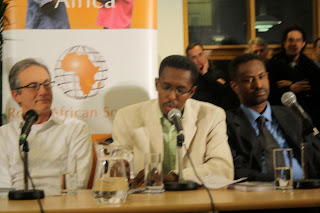 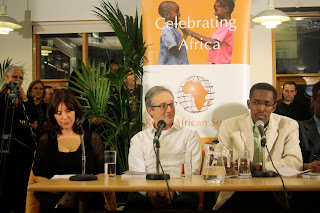 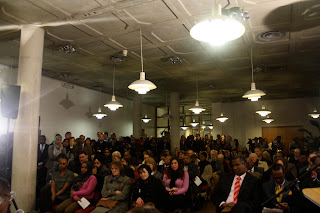 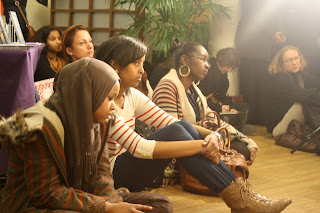 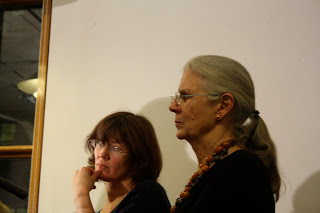 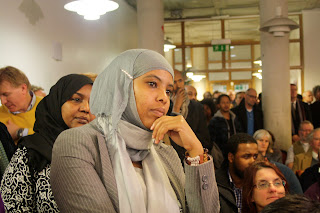 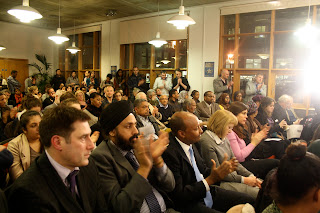 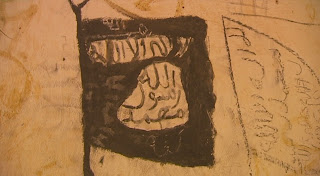 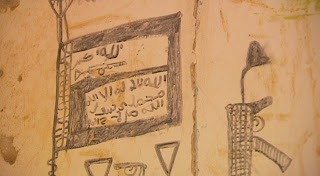 These are photos of images painted on an Al Shabaab base in Baidoa, recently captured by Ethiopian troops. Look and listen out for reports from Baidoa by BBC's East Africa correspondent, Will Ross.
Posted by Mary Harper at 03:36 4 comments: