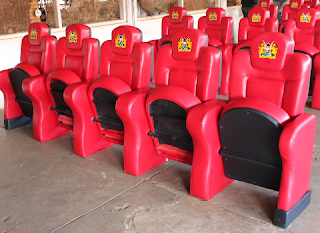 Each and every one of Kenya's MPs will soon be sitting on one of these red chairs in the newly refurbished parliament. Each chair costs 200,000 Kenyan shillings, or almost $2,500. They have been made by prisoners at the Kamiti maximum security jail.


352 chairs have been ordered, so the total cost for MPs to rest their behinds during parliamentary sessions will be 70 million Kenyan shillings, close to $880,000. I don't know how much, if any, of this fee will go to the prisoners.


Kenya's speaker of parliament, Kenneth Marende, has defended the cost of the red chairs. He says Kenyan MPs need what he describes as "quality seats".
Posted by Mary Harper at 07:17 4 comments:

These are some photos I took on a recent visit to the Dadaab refugee camps in northern Kenya, and to some places further up towards the border with Somalia called Biyomadow and Dahabley. I told the story in From Our Own Correspondent broadcast on BBC Radio Four. You can listen to it via this link (I have also copied my script below): 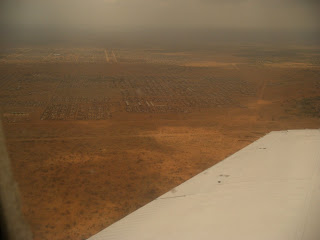 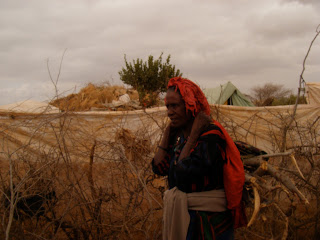 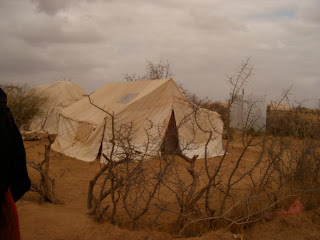 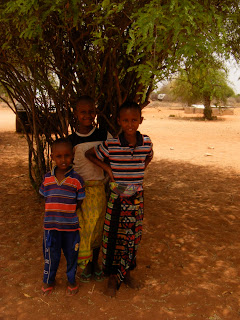 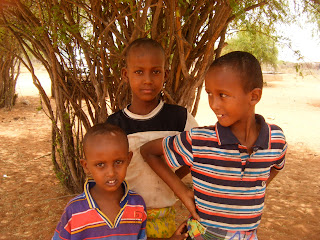 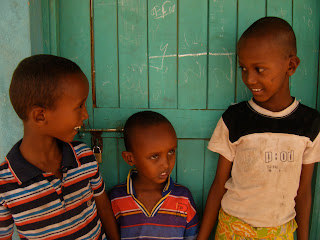 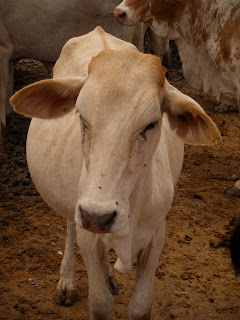 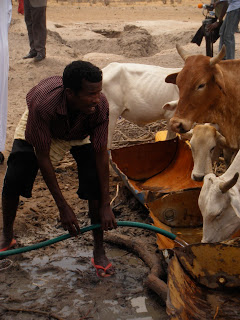 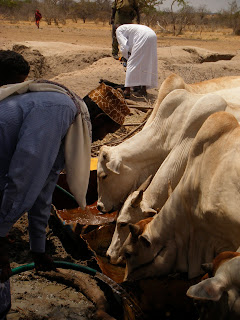 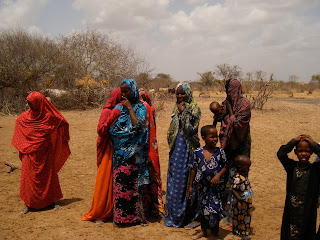 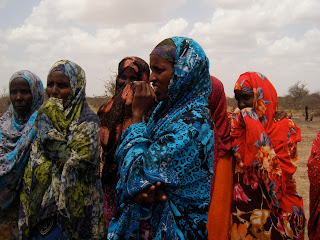 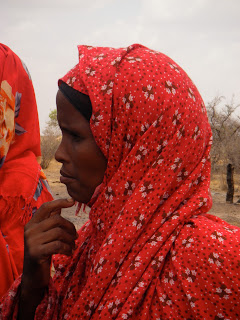 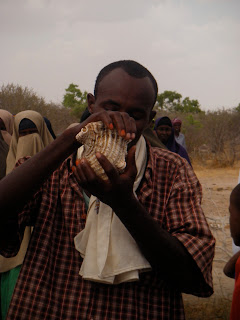 The Dadaab refugee settlement in northern Kenya is the biggest in the world. Its population of more than half a million continues to grow as people flee conflict and hunger in neighbouring Somalia. Divided into four huge camps, it has been there for more than twenty years. Recent attacks on the camps, and the kidnapping of foreign aid workers, mean humanitarian agencies have dramatically scaled down their work. Mary Harper reports from Dadaab:

The first thing I noticed was the smell. It hung trapped over the camps, stale and miserable. A mixture of smoke and old clothes. Of bodies in need of a good wash, in a place where water, soap and privacy are scarce.

Twenty years worth of the dirt of humanity, in a place where people live in tents on the sand, unable to go home and forbidden from leaving the camps to try to build a life elsewhere. As one man said, "we live in an open prison".

The second thing that struck me was the way people moved and the expressions on their faces. There was a death of spirit. Their bodies appeared beaten down, shoulders hunched as they walked listlessly through the camps, dragging their feet through the red dust. A boy in pink flip flops, far too small, scuffed his way onwards, as a white land cruiser raced past us, churning up a cloud of sand which beat against our faces.

We stopped to talk to a young man, who emerged from what was now his home, a flimsy construction of sticks and ragged cloth. Like everyone else, he had built a low fence of thorns around it, to separate himself from the families crammed about him. He said his name was Bashir Abdullahi Abdullah, and that he was twenty-five years old.

"I walked here with my mother, from far inside Somalia. I hate this place, especially the hot, dirty wind, from which I cannot escape. Worse still, there is nothing to do and nowhere to go."

No wonder, I thought, that some young men leave this place, returning to Somalia to fight for Islamist insurgents linked to Al Qaeda.

Although some have lived in the camps for more than two decades, they are still not allowed to use stones, concrete or other robust materials to build their homes. Dadaab, the authorities say, is a refugee camp, not a permanent settlement. The strongest looking buildings I saw were the mosques made out of metal sheets and the tin toilets standing like sentry boxes at regular intervals between the mass of cloth tents stained red with dust.

Things cheered up a little in what my companions described as Ifo High Street, the main shopping area for one of the camps. Kiosks made entirely from empty, flattened tins of food donated by the USA sold batteries, small bottles of perfume, and mobile phones. There was a barber's shop, an internet café, a money transfer business.

We drove past some freshly dug graves as we left the camps, heading up towards the Somali border. We reached a place where, in material terms, people have far less than those in the camps, even though they are native Kenyans, not refugees. They have no shops, no mobile phone coverage, no clinics, and no free food and water rations. Until recently they had to walk their livestock for three days and three nights from their grazing grounds to water.

One of the people I was with, who originally came from the area and has done well for himself in the capital, Nairobi, understood how difficult things were. He raised enough money for a borehole, which had just started working. We watched as cows, sheep and goats quenched their thirst. They no longer needed that long walk to water.

We visited another settlement, where the same man got together some wealthy friends and in a single day raised one-hundred-thousand dollars to pay for a school. Some lively boys scampered about, and showed us where their school used to be. It was just a tree in the sand, and they and their teacher used to sit in its shade. Now they had three, strong new buildings freshly painted in cheerful colours.

The money had also been used to buy a vehicle, which was rented out for two thousand dollars a month to an international aid agency in Dadaab. This was used to pay the teachers' salaries. To keep the school going.

It was time to say good-bye and to head back to Dadaab. It was early evening, and the refugees were venturing into the periphery of the camps to look for firewood. A man paced past, a small axe swinging lethargically by his side. A group of children played a half-hearted game of football.

I was struck by the contrast in energy levels between the refugees and the people we had just visited outside the camps. One was a place where, with a bit of appropriate help from its own people, the community was doing things for itself, with a sense of pride. The borehole and the school, which had so obviously transformed their lives had been built exactly where they were needed, with no need for international development assistance, feasibility studies, expensive consultants and project managers. The other - the refugee camp and its atmosphere of resigned hopelessness - remained hostage to the lumbering machinery of foreign aid.

I will be speaking at this event at Oxford University on 5 May. 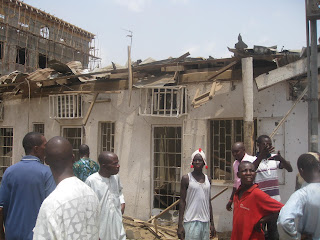 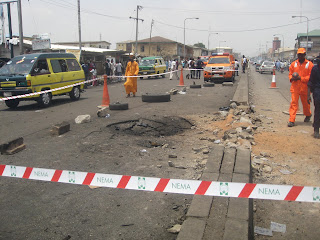 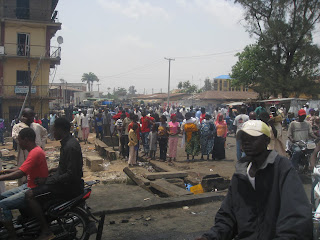 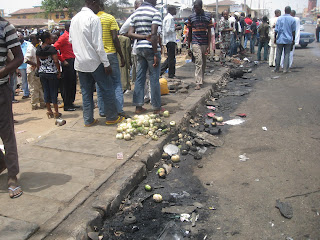 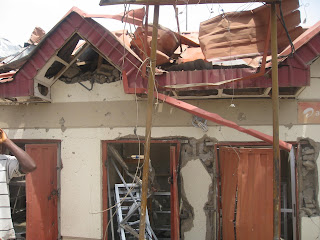 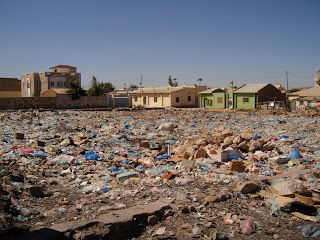 Review of my book in South Africa's Mail and Guardian