Here are a couple of interviews I did about Al Shabaab following the attack on Westgate Mall in Nairobi, Kenya. Please click on the links below to listen to them:

My interview with BBC's Newshour programme

My interview with NPR


I contributed to an Al Jazeera programme about media coverage of the Westgate siege: Al Jazeera's Listening Post
Posted by Mary Harper at 12:25 3 comments: 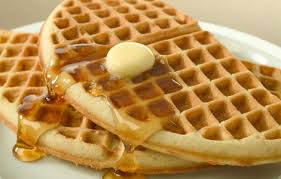 The words 'Somalia' and 'conference' seem glued together. There have been several this year alone - in London, Turkey, Tokyo and now in Brussels... The Brussels one on 16 September is about a 'Somali-led' 'New Deal' for Somalia.

The UN top man for Somalia, Nick Kay, told the BBC that the Brussels meeting was 'the last international conference on the horizon' for Somalia - let us see.....

The Islamist group, Al Shabaab, which controls most of the southern and central parts of Somalia described the conference as "Belgian waffle".

Here's something I did for the BBC ahead of the conference:

(CUE: The European Union and Somalia are on Monday 16 September co-hosting a conference in Brussels on a 'New Deal' for Somalia. The New Deal process -- which was endorsed at a conference on aid-effectiveness in 2011 -- is meant to give fragile countries more power in deciding their development needs. Somalia -- which has been in a state of conflict for more than two decades -- is the ninth country to adopt the New Deal. Mary Harper reports:)

Somalia is a good test case for the New Deal. It certainly fits the criteria for a fragile state, given that for six years in a row it has come top of the list of the world's most failed states. The New Deal focusses on peace and state-building. Without these, goes the argument, there can be no meaningful development, and aid money simply goes to waste. This has certainly been the case in Somalia, where billions of dollars have been thrown at a problem that refuses to go away. By putting Somalia in the driving seat, the idea is to give it more power to determine a way forward, rather than letting expensive foreign consultants identify priorities. The EU and Somalia argue that now is a good time to adopt the New Deal. They say the country has entered a new era, with a new, more legitimate government and progress on the security front. But massive problems remain. A recent UN report said financial mismanagement was continuing on a massive scale - a charge the Somali government denies. The government controls very little territory, and relies for it security on thousands of foreign troops. The self-declared republic of Somaliland -- a large territory in the north-west is refusing to attend the conference. Without its buy in, any impact of the New Deal will be limited. With so many challenges, it is possible that the Brussels meeting will simply be the latest in the long list of expensive conferences on Somalia that end with ambitious communiques but have little or no impact on the development of the country.

Here's a link to the BBC website story on the conference (it has a bit of analysis from me, taken from the above report): BBC story

The self-declared republic of Somaliland is not going. I spent a lot of time trying to find out whether the semi-autonomous region Puntland was going - this is what I was told on September 12 by Puntland President Farole's assistant.


I on September 15 received this update from Farole's assistant, so Puntland is going to the conference after all.....


Dear Mary,
An update. Puntland Delegation led by Pres Farole incl Minister of Health Dr Ali Warsame just landed at Brussels 11am Sunday. The President was invited directly by EU for Puntland Government to attend the conference and for Pres Farole to address the conference opening ceremony.
Yusuf 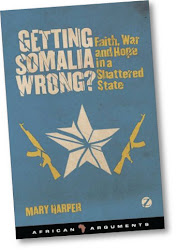